China’s commitment to purchase over $500 billion of U.S. goods under the Phase 1 trade deal fell short in 2020 and 2021. The shortfall over those two years was over $213 billion according to a study by the Peterson Institute for International Economics detailed by Fox Business online.

Economist Arlan Suderman at StoneX says the data cited should be accurate.

“The Peterson numbers are good numbers,” he said. “I’ve been tracking them throughout the Phase 1 trade agreement, and I think they tell the story pretty well.”

Suderman says China did get off to a slow start fulfilling commitments due to the pandemic. They, like many others, locked down the economy while dealing with Covid19. 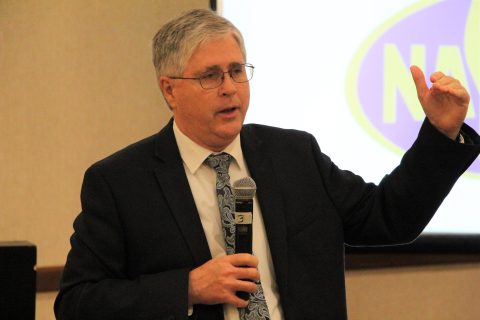 “Once they were able to extinguish their Covid cases, then they opened up and they were among the first to open up and we saw shipments start to increase rapidly. “The general thinking was that was because of the Phase 1 trade agreement that they were increasing their purchases, but as we said at the time, we thought it was simply because they needed it. They had a ramped up need for commodities at that point.”

Then when prices surged last year, it was a struggle to keep up with the pace needed.

The need to purchase made it appear they were attempting to abide by the agreement.

Suderman says China feared the capital controls being considered by the Trump Administration when that word leaked from the White House, and an agreement was in place shortly thereafter.

“Beyond that I haven’t seen any evidence that they fear anything from the United States and they’re just doing what they need to do, buying what they need to meet their own needs and that’s their only concern right now,” he said. “They don’t seem to be too worried about whether they make us happy or not.”

The current state of trade with China is that purchases made might be necessary on their part and “periodic and symbolic” in Suderman’s words. And he doesn’t paint a very rosy picture of the future of Chinese purchases of U.S. commodities.

“U. S. and China are the 2 largest economies in the world, the 2 largest military forces in the world. China has made it clear they want to be number one above the United States. It’s in their best interests from their standpoint to diversify their dependence on to other sources other than the United States, and I think in the years ahead they will do whatever they can to not send us money for products but to send their money to other countries so they can build friendships with other countries and not be helping the U. S. economy.”