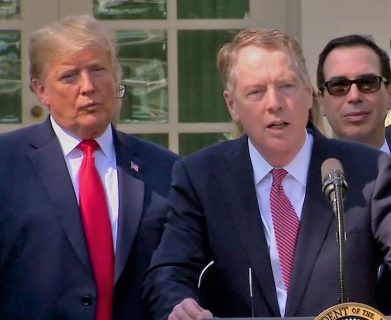 China’s President will meet with U.S. trade leaders Friday as the U.S. and China seek a trade deal before an early March deadline. The South China Morning Post reports China’s President Xi Jinping is scheduled to meet with a U.S. trade delegation in Beijing, which includes U.S. Trade Representative Robert Lighthizer. China and the U.S. face an early March deadline set by the Trump administration to reach an agreement that could end the tit-for-tat trade war between the two nations. However, President Trump said this week he is open to extending the deadline, saying he could let the deadline “slide for a little while.”

Trump is expected to meet with China’s President sometime in March in what some say could be a move to close an agreement between China and the United States. The trade war served a blow to U.S. agriculture as China slapped retaliatory tariffs on U.S. farm commodities, most notably, soybeans and pork.