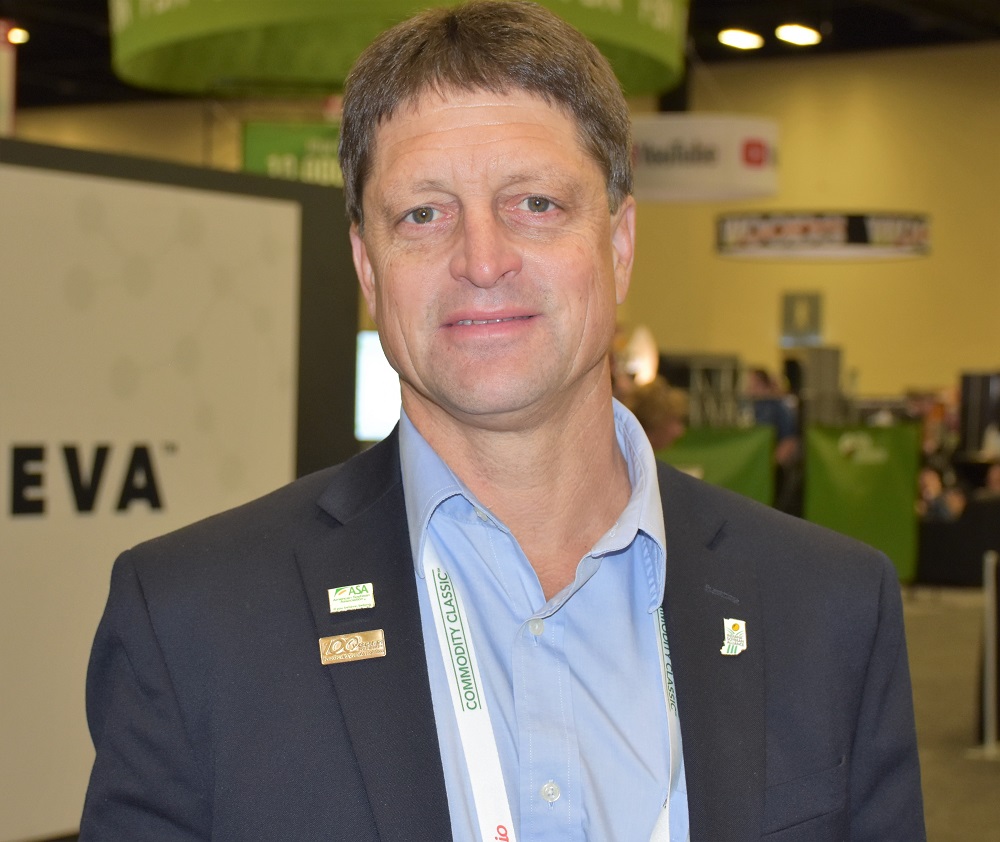 The major commodity organizations who present Commodity Classic each year hold policy meetings during the event, and it was hard to avoid China during the American Soybean Association policy meeting. Coronavirus is an obvious concern, but African swine fever is a continuing problem.

Indiana farmer and ASA director Joe Steinkamp says they want to make sure the American swine population is protected.

“We want to make sure those hogs that are eating our soybean meal are as protected as we can,” he said. “So, we need to encourage our federal government to keep full funding for the inspection services of the United States, the ones protecting our ports of entry, because we don’t want that fever getting in here and decimating the  US hog herd because we’re going to ship them more of our hogs. More of our soybeans are going to walk off the farm as hogs and go right to China, because they need it.”

The China herd has been hit hard and Steinkamp agrees we may never know how bad it has become there.

“That’s ok, we just need to keep our exports going because the Phase I agreement is passed by the Trump Administration and the Chinese. We’re excited about that but at the same time we haven’t really hit the ground running with more beans going there, and this is just not the time of year that the Chinese typically buy a lot of beans from us with the South American harvest just getting started. So, we know that they’re going to be buying soybeans from there. The sooner we can get moving our beans, maybe it will help our markets.”

Another trade breakthrough came recently when the President’s desk received the US Mexico Canada trade agreement. He signed it but full implementation is now waiting on Canadian ratification. When that will happen is still unknown.

“We haven’t really had an update on when the Canadians are going to sign, but we’re highly optimistic that they are, and it’s going to be good,” Steinkamp told HAT. “They’re a good purchaser of not only soybeans, but there’s milk trade between the United States, so we want to help our dairy producers too because we know that we need to move more milk.”

Steinkamp added the American Soybean Association will always concentrate its efforts on positive trade that benefits the American farmer, but also transportation and infrastructure that helps smoothly move those commodities. He said they’re engaged in discussions to deepen the Mississippi River near New Orleans to 50 feet to help maintain a transportation advantage over Brazilian counterparts.