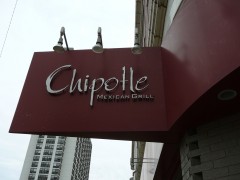 Following the outbreak of several illnesses, the popular Mexican restaurant chain Chipotle was served a federal subpoena and is under a criminal investigation. The subpoena was served last month in response to an August outbreak of norovirus at one of the chain’s California locations.

The outbreak was just one of several impacting Chipotle restaurants in 2015. Hundreds of people were sickened by E Coli or norovirus in multiple outbreaks reported from coast to coast. Chipotle has acknowledged it saw sales plunge by 30 percent last month in the aftermath of the outbreaks, according to the Pork Network. The Chicago Tribune reported the investigation is being conducted by the U.S. Attorney’s Office for the Central District of California in conjunction with the Food and Drug Administration.