INFB Second Vice President Isabella Chism says she can’t think of a better way to acknowledge the work of their members. 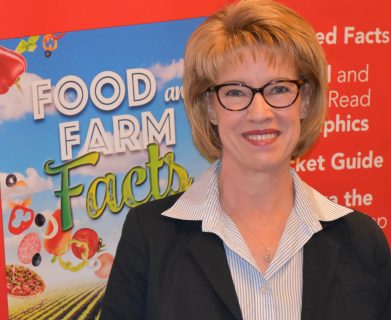 “Although some of the planning, strategy, and listening behind the scenes was fully staff-reliant, the work would not have been done without our members. Had our members not shown up at the statehouse, had not called their representatives, we wouldn’t be here.”

And members did fill the statehouse during hearings and votes on the healthcare legislation.

“We had standing room only. We had them out in the hallway. Our members just showed up in droves and I appreciate that. That showed the value and the need for what we were doing for those healthcare plans. So far, we’re doing very well with those; we are meeting that need. So, that just confirms all the work that was spent on that.”

The New Horizon Award is presented to state Farm Bureaus with the most innovative programs, and to recognize excellence in the implementation of outstanding member programs and membership achievements.

In addition to the New Horizon Award, the Farm Bureau annual convention has been a good one for Chism. She was also elected to chair the Farm Bureau Women’s Leadership Committee.