Climate Change Top Issue Among Millennials; Agriculture Needs to be Ready for Congress to Act 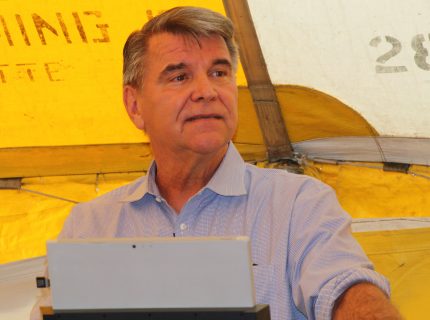 Benton County native Chuck Conner, former Deputy Secretary of Agriculture and now President and CEO of the National Council for Farmer Cooperatives, told the crowd of around 400 at the Ceres Solutions Knowledge Day in Perrysville on Thursday that despite all of the issues with trade and what he calls the most toxic political climate he’s ever seen in D.C., he’s been spending a lot of his time discussing climate change.

“For my generation, you know Vietnam was kind of a driving political force. Climate change appears to be that sort of Vietnam issue for these younger folks and I believe it will result in Congress needing to do something in order to reach out to that particular block of voters.”

Conner says that in every survey, climate change is the number one issue amongst millennials. He says agriculture needs to be ready because the finger continues to be pointed directly at farmers.

“And that’s not fair. We need to tell our story and be ready to make sure that Congress, if they do act, acts in a way that is beneficial to agriculture and not detrimental.”

Unfortunately, Conner believes Congress is leaning toward action that would likely be detrimental.