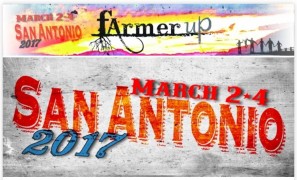 “Well it’s going to be a great event again. It’s going to be in San Antonio, Texas. I love it when it’s down there because I can drive to that one, and San Antonio is a great place to be! It’s more than just a trade show,” he added, “because you’ve really got the leadership of four commodity groups there. It’s an opportunity when the guy that is not doing much in the late winter, early spring can come and can actually meet with the presidents. We’re there, we’re visible.”

Cowan says the leaders of the national corn, soybean, sorghum and wheat groups really do look forward to hearing from the “many talented, informed, and educated people in agriculture.” He said Commodity Classic is a great event to learn how to get involved and learn about the other commodities represented.

“I get the biggest kick sometimes out of, although I’m representing soybeans, going into a grain sorghum meeting or going into a corn meeting and finding out what issues do we have alike and where do we need to work together. The trade show’s great but the main thing is there’s a lot of policy work that goes on there and there’s a lot of availability to put your input into the process and find out how you can get more involved.”

Commodity Classic will be held in San Antonio March 2-4, 2017, at the Henry B. Gonzalez Convention Center where all events will be held, including the Welcome Reception, General Session, and Learning Center and What’s New Sessions. Cowan says you can run into Washington DC policy makers too.

“We’re going to have some of the major policy makers and there will be Administration people there. There will be a House Ag Committee staffers that show up, and USDA people, so it’s another thing that you come and you can hear from those people and also interact with them.”

Established in 1996, Commodity Classic is America’s largest farmer-led, farmer-focused convention and trade show, produced by the National Corn Growers Association, American Soybean Association, National Association of Wheat Growers, National Sorghum Producers, and Association of Equipment Manufacturers. Rooms are expected to book quickly, so those interested should register and make reservations as soon as possible once registration is open.