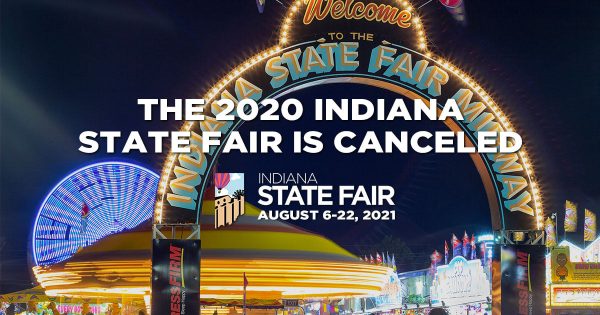 With no Indiana State Fair this year, Indiana commodity groups are scrambling to replace their major Fair promotions. No State Fair means no Pork Tent, no Hoosier ribeyes, and no Dairy Bar.

Jeanette Merritt, with Indiana Pork, hopes they will be able to serve some pork during the 4-H livestock shows.

”We are still hoping there will be some need for food vendors while the 4-H livestock shows are going on,” she said. “We would be willing to serve some pork burgers.”

But, Merritt says the major pork promotions that happen during the Fair will not occur.

“We will not be holding the traditional Ham Breakfast that opens the Fair or any of the other pork promotions that take place during the Fair.”

As a result, Indiana Pork is changing its focus for the summer. Merritt said, “We are going to focus on grilling. Even with a pandemic, families are getting together this summer; and the grill plays a big part of those celebrations.”

Indiana Pork is also going to help with food donations this summer.

“Pork producers work hard to feed the world, but they also feed their neighbors,” she stated. “We are going to help producers connect with local food banks to make donations.”

She added, with many County Fairs not having livestock auctions, producers may be looking for a place to send those 4-H pigs.

No State Fair also means no Hoosier ribeye sandwiches. Indiana Beef Cattle Association has not disclosed what its alternative plans are for the summer.

ADA of Indiana will also not be operating the famous State Fair Dairy bar. This has also been a major dairy promotion along with the Big Cheese sculpture which will not be happening.

The Fair has been a major stage for agricultural education events including Taste of Indiana Farms by Indiana Farm Bureau and the Glass Barn by Indiana Soybean Alliance, along with the FFA Putt Your Way Through Agriculture, Pathway to Water Quality from NRCS, and the Little Hands on the Farm activity.

Details on many of these activities and others are still unknown as groups scramble to make alternative plans.