Indiana Board of Animal Health (BOAH) and U.S. Department of Agriculture teams have visited 900-plus residences in a 10-kilometer radius “control area” around the original site to identify small, “backyard” flocks of birds for precautionary monitoring and testing. To date, 27 such flocks have been identified. These efforts will continue.

Indiana State Veterinarian Bret D. Marsh, DVM, today announced the addition of an extra 10-kilomenter “surveillance zone,” beyond the 10-km control area. This is an added precaution to ensure the region is influenza-free.  (“Kilometers” are used rather than “miles” because of international standardization protocols for such situations.)

There are 155,000 egg-laying chickens (“layers”) that are NOT infected, but are being depopulated and disposed of via landfill because the facility is considered a “dangerous contact” to an infected turkey flock. The laying facility is located very close to an infected barn, putting the birds at high risk of contracting the disease. These chickens do not have influenza. This brings the total number of birds affected to 401,163.

Depopulation efforts continue, although hampered by the extreme cold temperatures, which cause water sources to freeze. Currently, depopulation has been completed at six of the 10 turkey flocks. Work continues on the remaining four, as well as the newly added layer facility. Euthanized turkeys are being composted in the buildings in which they were housed. The composting process takes about 30 days, after which time, the remaining material can be used agriculturally because it will not contain the virus.

Control area flock tests continue to come back with NEGATIVE results, meaning no virus was detected. In the last 24 hours, 221 tests have been submitted.

The Indiana State Department of Health is working with the Dubois County Health Department to monitor the health of workers who have had contact with infected birds to ensure they are healthy and verify that the H7N8 virus has not transmitted to people.

Mental health services are being provided in Jasper to those who have been affected by the HPAI event. Services are open to anyone and everyone, not just site workers. Daily group sessions are held at the command post during lunch hour, and at the staging area during dinner hour. Services will be provided as long as needed. A mental health treatment hotline, provided by Southern Hills Counseling Center in Jasper, is available by calling:  812-482-3020. If the call is made after hours, the caller needs to press 0. 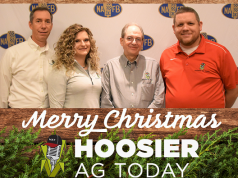 A Christmas Tribute to America’s Farmers and Farm Families 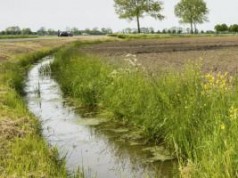 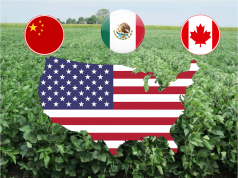