Last week, the Environmental Protection Agency put out its final rule for biofuel volumes in the nation’s fuel supply for next year. EPA boosted final Renewable Fuel Standard volumes slightly from its earlier proposal to nearly 20-billion gallons next year, including up to 15-billion gallons of mostly corn ethanol, nearly 5-billion gallons of advanced biofuel, over 2-billion of biodiesel—all told, a 3-percent increase from this year.

Controversy continues over the future of “hardship waivers” for multi-billion-dollar oil refiners under the RFS. Renewable Fuels Association President Geoff Cooper said in a statement:

“We urge Acting Administrator Andrew Wheeler to faithfully and strictly enforce the 15-billion-gallon conventional renewable fuel requirement in 2019, rather than allowing the standard to be eroded through the use of clandestine small refiner waivers as former Administrator Pruitt did. Mr. Pruitt issued nearly 50 refinery waivers from 2016 and 2017 RFS requirements, including bailouts to companies like Chevron and Andeavor that recorded billions of dollars in net profits in those years. As a direct result of the exemptions, America’s ethanol producers and farm families have experienced demand destruction and are now facing the most challenging economics in years.” 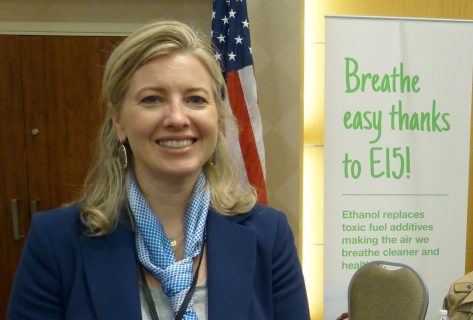 Growth Energy CEO Emily Skor said, “the latest EPA rule is a missed opportunity to correctly account for billions of gallons of ethanol lost to refinery exemptions. Until these are addressed properly, we’re still taking two steps back for every step forward.”

The biofuels industry is also concerned about reports EPA will slash volumes the last 3-years of the RFS to match current industry output; a move that would erase any relief, even if EPA did make up volumes lost to waivers. Ethanol groups and the National Corn Growers Association sued the EPA earlier to try to get it to publicly release documents and increase transparency of its waiver decisions. The EPA granted 29 such waivers in 2017, up from 20 the year before.