The passage last month of the over $1 trillion Infrastructure Investment and Jobs Act was praised by many in agriculture. Included in the bill is over $110 billion for roads and bridges. Mike Steenhoek, Executive Director of the Soy Transportation Coalition, says state departments of transportation will have a big say in where that money ends up. 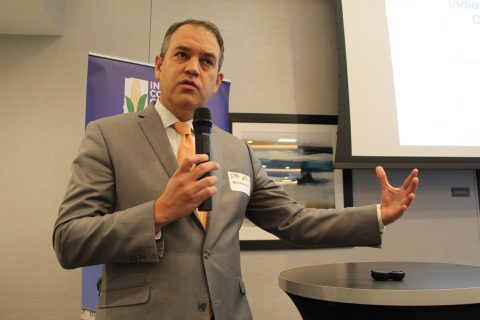 “I think it’s really important for local farm organizations, like Indiana Soybean, Indiana Corn, and others, to really engage with the state department of transportation to make sure that that money does get allocated to address, at least in part, the needs of rural America and it doesn’t just flow to urban America and urban Indiana. So, that’s something that’s going to be very important. The state DOTs are really critical on this.”

The bill also includes $17 billion for ports and inland waterways. As far as a timeline for when we might start to see some movement on these infrastructure projects, Steenhoek says, “For the roads and bridges and working with the state DOT, the time is now to have these initial discussions, but that’s going to be something that will be long lasting throughout the course of 2022. This is funding that will flow over multiple years. It’s not just going to be spent in year 1; it’s over a course of an 8-year period of time, so that’s going to be perpetual. But for some of these inland waterway projects, they’re going to be making a decision, the Army Corps of Engineers, early in 2022.”

Steenhoek adds that those farm organizations also need to be advocating for innovative ways to fix the roads and bridges around the state. It’s not just a function of more money.

“It’s also a function of practicing better stewardship and there are opportunities to actually elongate the life of some of these assets to actually extend the taxpayer dollar. Things like soy-based asphalt and concrete sealants that Indiana Soybean has been very active in promoting, ways to improve rural bridges at a fraction of the cost without compromising safety. So, a lot of those kind of opportunities to enhance the supply chain. It’s a multifaceted issue and we need to tackle it that way.”