Minimal, isolated rain events last week brought cooler temperatures but did little to restore soil moisture, according to Greg Matli, State Statistician, USDA, NASS, Indiana Field Office. While the below average temperatures helped slightly, the lack of rain statewide led to a further decrease in soil moisture levels. The average temperature for the week was 70.9 degrees, 3.4 degrees below normal for the State. The amount of rainfall varied from none to 1.47 inches during the week. The statewide average for precipitation was 0.27 inches. There were 6.0 days available for fieldwork for the week ending July 29. 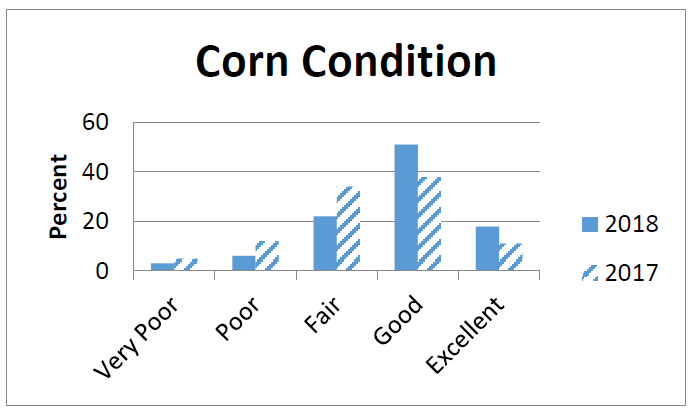 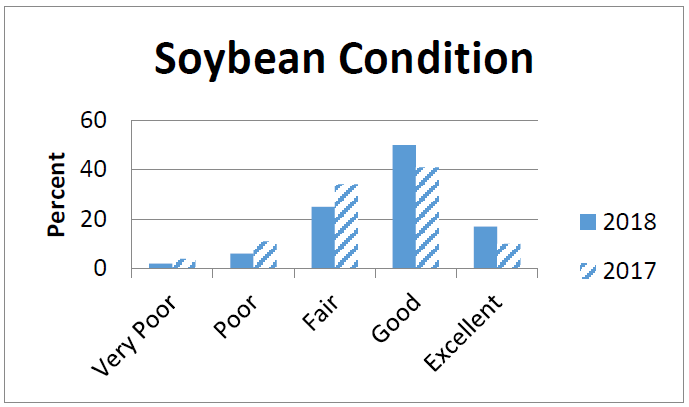 The residual moisture and cooler weather during the week helped keep soil moisture adequate in most parts of the State, despite very little rainfall. Corn and soybeans weathered the dry week well, with few reports of fields showing drought stress. The mild weather allowed farmers to make progress baling hay and harvesting mint. Livestock was reported to be in good condition, thanks to the cooler temperatures. Other activities for the week included hauling grain, spraying herbicides and fungicides, mowing roadsides, and attending county fairs. 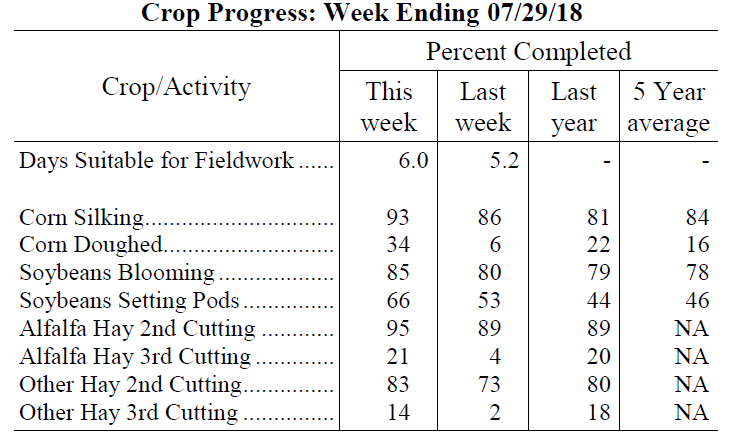