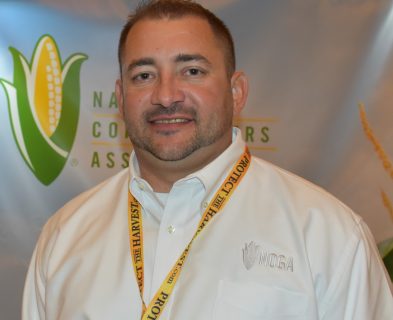 The 2018 election is history and now farmers will wait to see how legislative priorities progress with the shifted power balance. The nations’ corn growers will now depend on their National Corn Growers Association lobbying efforts to help Congress move the farm bill to the finish line. NCGA 1st Vice President Kevin Ross from Iowa told HAT they’re looking for the farm bill to get done in the lame duck session. But, he acknowledged that view is based on wishful and hopeful thinking.

“We’re going to work really hard at pushing all the buttons that we can to make sure they just go ahead and get it done,” he said. “I think you’re seeing some gamesmanship where they’re talking about moving it to next year, but I could be wrong. We’re not the ones in control but I can tell you from the national corn standpoint we’re going to work hard to make sure they do it.”

Ross said the certainty provided farmers through the farm bill means a lot, hopefully enough that it does happen before the end of the year and the dawn of a new congress.

“I don’t think anybody wants to move it to the next congress and have to start over and rewrite a lot of what’s already been done and the work that’s been there. Hopefully we can get some compromises and move that thing forward and across the finish line. We need certainty with a lot of the protections that are in there and the programs that are in the farm bill, not just that directly affect farmers but indirectly through some of the foreign ag funding, ag research dollars. All those things need to be finalized and moved on.”

Current House Ag Committee chair Mike Conaway and the GOP conference committee members will decide whether they’ll give some ground on some of the biggest sticking points of the farm bill debate in order to get a bill passed this year. Those disputes include conservation, commodity policy, and work requirements for SNAP program recipients.

Ranking member Collin Peterson of Minnesota won a close race on election day and is expected to retake the gavel as chair of the House Ag Committee. Peterson has said he would prefer to not start over and write a new farm bill.