The National Corn Growers Association has joined other ag organizations in asking the U.S. Court of International Trade to take a closer look at the case of tariffs of phosphorous fertilizers imported to the U.S. What farmers are facing are fertilizer shortages and soaring prices.

NCGA president Chris Edgington from Iowa says they have asked a major American fertilizer company to withdraw the petition that led to the 19% import tariffs on fertilizers from Morocco. 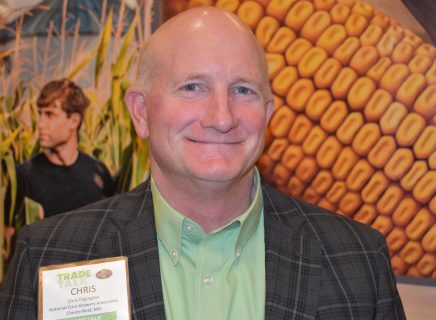 “We filed an amicus brief a couple of weeks ago to get the tariffs looked at, reviewed and overturned because it allowed Mosaic to go from 73-74 market share to over 80 percent market share,” he said. “You know that’s a monopoly and that does not work well for the corn producer or the ag industry in general. So we’re working with the courts on that but we also had some initial discussions with some of the fertilizer industry about how this has happened, why this has happened, because we’re all playing on a world stage and maybe we need to spend a little more time talking to each other.”

According to NCGA, the International Trade Commission voted in March to impose the tariffs.  while adding similar levies on Russian imports.

CF Industries also filed a petition with ITC to place tariffs on urea ammonium nitrate solutions, which are used in liquid fertilizers, imported from Russia and Trinidad & Tobago. A decision on that request is pending.

The impact of tariffs is extreme with some forecasts suggesting net farm income dropping over a third because of higher fertilizer costs. Edgington says the frustration extends to other input costs associated with raising a corn crop.

The corn futures market is well-supported at the moment, but 2022 will certainly hold many challenges for corn growers before Mother Nature can even step in and play her games.