Corn Prices Likely to Get Worse Before They Get Better 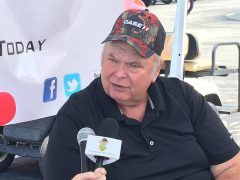 Corn prices in the $3 range have definitely had an impact on producer attitudes. The latest Purdue/CME study shows farmer attitudes have dropped sharply in recent weeks. One analyst says corn prices are likely to get even worse before they begin to recover. On Friday, the USDA will release its first official estimate on corn yields and production for 2018. Bob Utterback, with Utterback Marketing Services of New Richmond, IN, sees a slight decline in yields from what had been expected just a few weeks ago, “I think we have taken the top end off corn yields; the 180bpa level is gone. I think the USDA number will be between 174 and 178bpa.”

But Utterback does not see a rally in corn no matter what the yield number is. “The corn market has several things limiting any upward movement,” he stated. “We have a big new crop ready to be harvested and a lot of old crop that is still unpriced or is on DP contracts.  This will have to get priced in September, so I see the harvest lows coming before October 1.” He added that the market is likely to see more downside pressure before it can begin to recover. 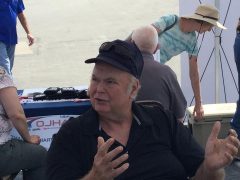 Utterback does, however, see a recovery in corn prices coming later this year, “Once the bin door closes, I think we could see a pretty solid bounce in November and December.”  He added, as we move into 2019, the economic incentive will be to grow corn over soybeans. In addition, with wheat prices flirting with the $6 mark, there will be a lot of producer interest in growing wheat next year.