Early week rainfall brought much needed relief to fields throughout the State, according to Greg Matli, State Statistician, USDA, NASS, Indiana Field Office. While above average rainfall helped replenish soil moisture, some fields with light soils were still in need of rain. The average temperature for the week was 73.1 degrees, which was normal for the State. The amount of rainfall varied from 0.09 inches to 3.32 inches during the week. The statewide average for precipitation was 1.36 inches. There were 5.2 days available for fieldwork for the week ending August 5. 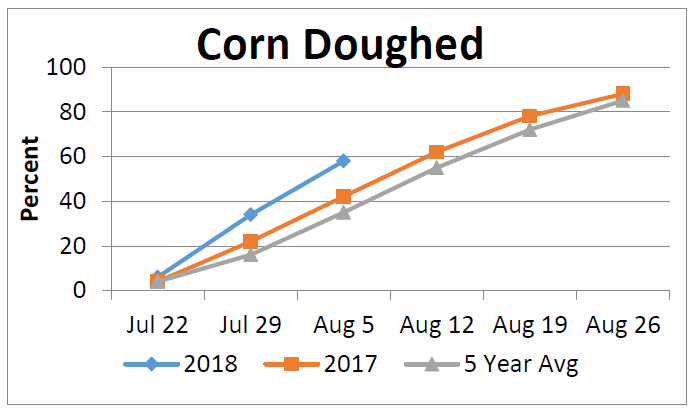 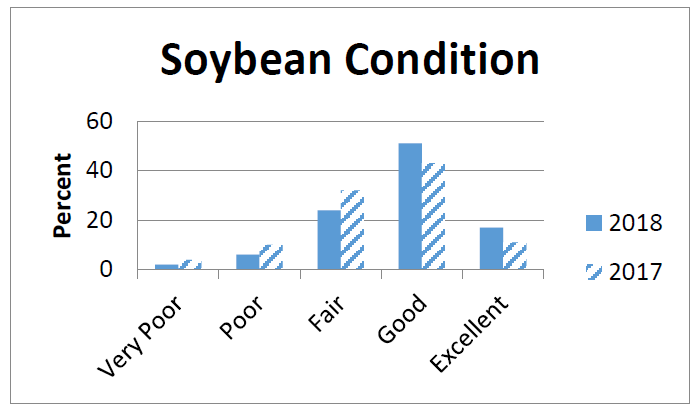 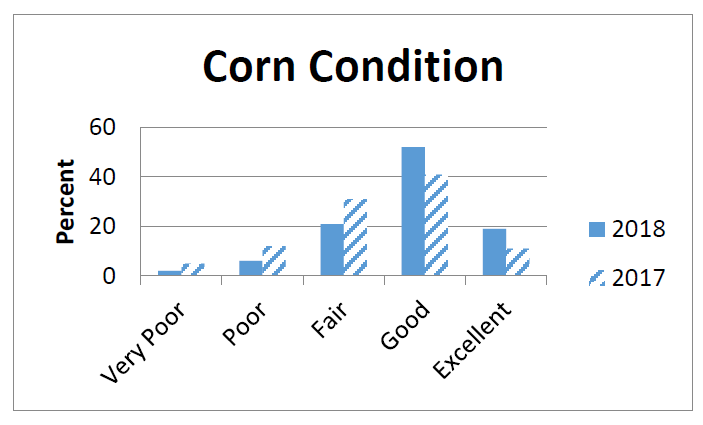 Corn and soybean conditions remained stable throughout the week, with the percentage rated good to excellent higher than last year and the five-year average for both crops. The above average rainfall and warm temperatures kept corn and soybean progress slightly ahead of schedule. While the early week rains sustained pastures, the rest of the week remained relatively dry giving farmers a nice window for cutting hay. Livestock are reported to be in good condition overall, despite some high temperatures. Other activities for the week included hauling grain, finishing up paperwork with FSA, and spraying herbicides and fungicides.