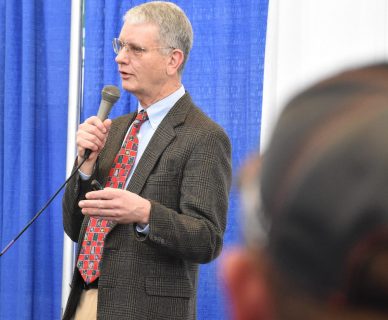 March 15 is rapidly approaching which means your ARC/PLC and crop insurance decisions need to be made soon. The Purdue Center for Commercial Agriculture held a webinar on Monday to discuss some considerations growers should make prior to reaching those decisions.

Purdue ag economist Dr. Jim Mintert, director of the Center for Commercial Ag, says there’s one option that he believes is a no-brainer this year.

“Last year was the lesson I suppose but take advantage of the prevented planting buy-up. It is very inexpensive. When we’ve looked at comparisons, we were picking up differentials of a few pennies to maybe $0.25 or $0.30 an acre. We think it’s worth it.”

Another consideration is enterprise units. Around 60%-65% of corn acres in Indiana are already in enterprise units, and Mintert says it’s a good alternative for many Corn Belt farms.

“If you haven’t been using that and you really haven’t evaluated it, you should. You might conclude that doesn’t fit you, but it is a way to reduce cost if it fits your individual situation.”

“There are some years where that kicks in and when it kicks in it has a tendency to kick in at a fairly big level. It can make a big difference in the potential indemnity payment you might receive.”

Mintert says they expect an increase from the 2014 Farm Bill signup period in producers selecting PLC, especially in corn. If you choose PLC, you’re eligible to purchase the Supplemental Coverage Option insurance. Mintert recommends you compare SCO versus bumping up your Revenue Protection (RP) insurance.

“Recognize though that SCO is a different kind of product. It is a county-based product, so when you combine it with RP be careful. We’re not encouraging anybody to reduce their existing RP coverage and replacing it with SCO. We don’t think that’s a good idea, but for some people that maybe are carrying a lower level of RP coverage, maybe this is a way to get some additional coverage. I encourage you to compare that cost to just boosting your RP coverage. When we did that, those two things look like they might be competitive.”

You can watch the recorded webinar with Mintert and his colleague Nathan Thompson here once it becomes available.