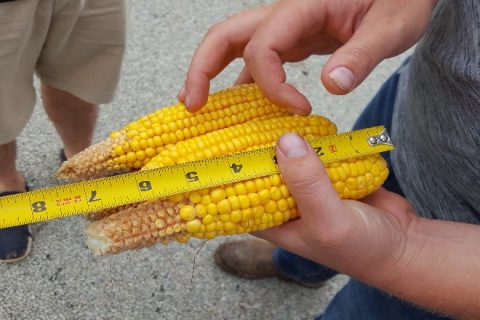 The Pro Farmer Midwest Crop Tour kicked off Monday for the 26th year here in the eastern section of the tour. It started in Ohio and then moved to Indiana as scouts get a close look at crops throughout the Corn Belt. Our HAT crop tour reporter Ty Higgins from Ohio Ag Net noted that good crops in Ohio turned questionable in parts of Indiana during the early stage of the tour.

“Well my first three stops were in Ohio. We had a split route and so we had to drive about an hour and a half until we could start sampling, but our Ohio corn averages were pretty good at 201 BPA after three stops, the last being 191 and the highest 219. Then in Indiana we started in Randolph County with an average of 206. Then it was on to Delaware county and a low of 178 and a high of 196. Then things got a little bit worse as we got into Madison County and over to Hamilton County. Our second Madison County stop was at 135 BPA and Hamilton County, our last stop of the day was a 127. After seven stops in the Hoosier state our average for corn was 174.8. 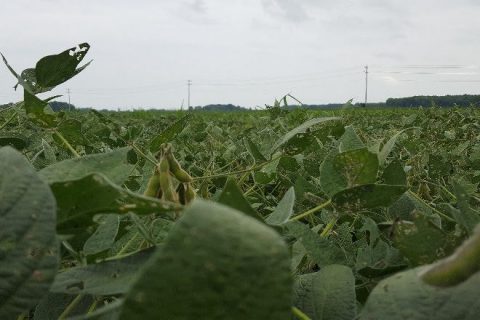 The tour’s primary goal is to provide the industry with accurate late-season information about likely corn and soybean yields during the upcoming harvest season at the state and regional level, and Pro Farmer will also have an agronomist, Mark Bernard, along for the ride. He will be able to help scouts determine some of the disease and insect pressures that could change the direction that the crop takes as we get closer to harvest

Follow the Ty’s tour comments online at https://ocj.com/2018/08/2018-pro-farmer-midwest-crop-tour-day-1/ and see what some of the scouts are seeing by following along on twitter with #pftour18.