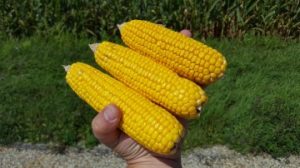 The Midwest Crop Tour has run its course, and all that remains is totaling up the numbers and coming up with an estimated yield and production number. On Thursday, Ty Higgins, traveling the tour for Hoosier Ag Today reported that corn yields in Minnesota were excellent, “Fields were over 200 bpa at almost every stop.” Minnesota farmers on the tour said the early planted corn was doing the best. Like much of Indiana, Minnesota corn was planted at two different times due to weather. The later corn is not doing as well. Higgins reports the soybeans are not looking good. He reported to HAT that the soybeans were also behind in development and that an early frost could have major consequences. 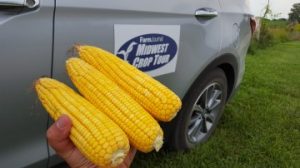 This year the tour may have left farmers and industry folks alike with more questions than answers as far as what crop projections are this year. Aaron Benoit is a Risk Management Consultant with Blue Reef Agri-Marketing, “I am more confused than when I got here. The main reason is the variability of the crop. We saw good yields in Minnesota, but just average yields in Iowa.” The final numbers for Iowa and Minnesota came in at 179.79 bushels and 191.54 bushels, respectively. Soybean pods in a 3 x 3 foot square came to 1092.29 pods for Iowa and 1019.96 for Minnesota.

Scouts on the western leg drive through far northern Iowa and Minnesota meeting the eastern leg in Rochester. The final figures from the tour will be released on Friday.