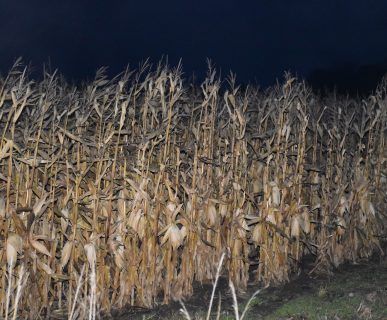 A narrowing of harvest windows is in the immediate future as on and off rains continue during the next ten-day period. In the new HAT harvest forecast chief meteorologist Ryan Martin says weather isn’t going to be ideal but there are some opportunities.

“For example, for the second part of the weekend Sunday right on through Monday and the first part of Tuesday, I think you’re going to be stringing together some drier weather, but moisture that comes back Tuesday night through the first part of Wednesday likely gives us upwards of 8/10 of an inch of liquid, and a lot of that could be snow over central and northern parts of Indiana,” Martin said. “Then we put together maybe a 12 to 24-hour dry stretch before more moisture comes to finish out from Thanksgiving night through the end of the month. It’s going to be difficult to squeeze much in here in the coming week.”

Then from the first of December to the middle of the month, weather will change in the form of a significant cold surge.

“The good news is, it is going to be drier, so for example from the evening of Sunday the 1st right on through Friday the 6th, you’re probably looking at a very dry window in there, but temperatures are going to be well below normal.”

Temperatures will begin to work their way colder even before December arrives, but some moderate temps continue to linger.

“Here nearby we’re still going to put together a couple of normal to slightly above normal days,” Martin says. “It’s going to be difficult without a lot of sunshine, but I don’t think we see the bottom dropping out. We’re getting more and more hints now that December on the whole is going to be a much, much colder month. Think about the temperatures in relation to normal that we saw last week, and I think you’re going to be seeing that same kind of setup as we go through a large part of December, especially mid-month through the second half.”

The harvest forecast is made possible by First Farmers Bank and Trust, proud to support Indiana farmers, by Kokomo grain, and by Seed Genetics Direct, a family-owned company meeting the corn, wheat, soybean, alfalfa and herbicide needs of Corn Belt farmers. Value. Knowledge. Performance. It’s in their genetics.

Get Martin’s full harvest weather forecast in your inbox by signing up to receive the HAT e-newsletter below.