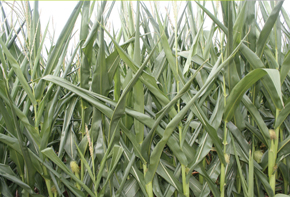 Crops Under Stress as Pollination Begins

A hot, dry July is not what Indiana crops need as pollination begins. Crops went in early; and, for the most part, stands look good.

As we enter the critical time of pollination, above normal heat and below normal rainfall are robbing yields. According to Pioneer agronomist Brian Bush, “Not exactly the kind of weather you want to see when tassels start coming out.”

The forecast is for July to have temperatures above normal and precipitation below normal. Bush says rains have been scattered in Southern Indiana and many fields are showing the stress.

“Corn is starting to roll and that is a bad sign 2 weeks before pollination.”

The situation is the same in Northern Indiana according to Pioneer’s Brian Early.

“The soil dryness bothers me as much as anything,” he stated. “We get some scattered rain to string us along, but we have no surplus.”

He said pop up showers are helping some fields, but they are very scattered and confined to local areas.

“This corn is living on a band aid.”

Both Bush and Early said the stressed crops are also showing potassium deficiency.

“Typically you see that yellowing show up in soybeans, but we are seeing it in corn this year as well,” noted Early.

Bush added that growers who have skimped on potash applications are the most susceptible.

Early said the one good thing about the heat is that disease should not be an issue.

“Here in the north, we have been battling Tar Spot, but that should not be much of a problem this year.”