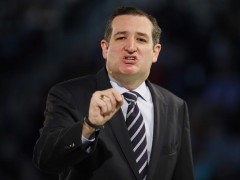 During a bus tour stop in Sioux Center, Iowa, Senator Ted Cruz expressed support for the Renewable Fuel Standard through 2022. The Texas Senator vying to become the Republican candidate for President reversed his stance on the RFS, who had previously sponsored a bill in Congress that would repeal the RFS. Responding to a question from an ethanol investor from Iowa about whether he would allow the landmark energy program to continue through its current expiration in 2022, Cruz responded by expressing support for the RFS through 2022. Senator Cruz also expressed passionate support for breaking through the so-called blendwall. Cruz said “that blendwall makes it illegal for ethanol to expand its market penetration, and I intend to eliminate the EPA blendwall to get rid of that barrier, which will enable ethanol to expand in the marketplace to a much larger penetration to sell more ethanol.”

The comments were substantially repeated at another stop in Iowa. America’s Renewable Future, which has been critical of Cruz’s stance on the RFS, called the comments a step forward. Iowa State Director for ARF said of Cruz that “he is clearly listening to the people of Iowa and understands the importance of the Renewable Fuel Standard to America’s economy and energy independence, as he started the caucus process calling for immediate repeal.” The Washington Post reported last month that every Republican who has won the Iowa caucuses since 1980 has strongly backed ethanol.