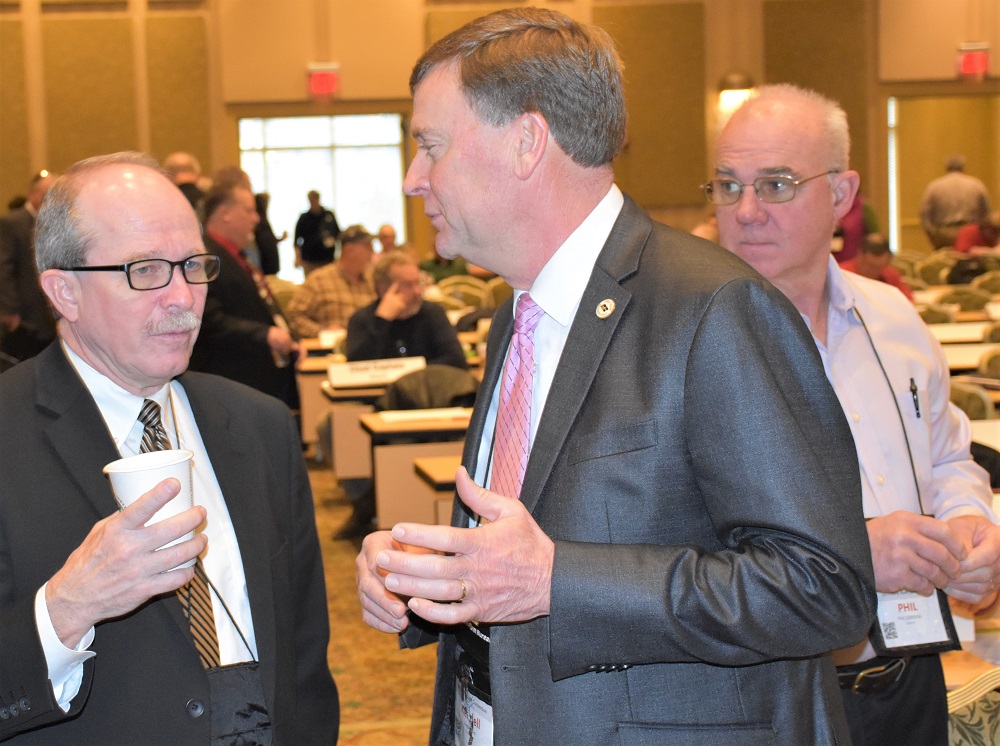 At the conclusion of the Indiana Farm Bureau convention and 100th anniversary celebration, an election was held during the delegate session. Kendell Culp was unopposed and re-elected to another 3-year term as the organization’s vice president.

The main responsibility of the position is involvement in the policy and political action process. The Rensselaer farmer has always enjoyed engaging in that arena.

“I enjoy working with the government part, working with the general assembly,” he told HAT. “You work with those elected officials to try to get the policies adopted that our delegates have identified as priorities and I enjoy doing that. That’s really going to be our focus as we come up on the new session here in January.”

The legislative agenda includes health care changes that INFB President Randy Kron has outlined, in addition to defending any attacks on local control and the Right to Farm law.

“As we’re talking about zoning decisions made by counties, sometimes it comes up where there’s a push to pull that back and let the state make those decisions, and we’re very much in favor of local control and let those local elected officials make those decisions. The right to farm law in Indiana is very strong, but many times groups will make an attempt to come at that and try to water that down.”

But Culp says Farm Bureau will be on the offensive in favor of more uniformity and fairness in the assessment of property. He’s referring not to farmland but to buildings and improvements.

“The dark box legislation is what it has been called,” he explained. “In one example is when you have the large box stores that are assessed, and for comparables they use a vacant building, which of course would have less value. So those big stores try to get a county to lower their assessment. If your assessment is lower, that means everybody else’s taxes have to go up to compensate for that. There was legislation last year that we couldn’t get a hearing for in the House. We hope that changes this year. The Senate was very supportive last year and Senator Buchanan carried that legislation from Boone County.”

He said they’ll be on top of that this year in an attempt to get more protection for counties.

When it comes to expanding broadband to rural areas, Culp and Farm Bureau would like to see more incentives to providers to run the fiber.

“It makes a lot of sense to me to have REMC’s provide that service, and in same cases in Indiana they are. I think there needs to be some incentives so they feel the need to do that and feel like they can afford to run that fiber. The governor and the general assembly last year had adopted some legislation that provided some funding for grants. For example, Benton County has a $6 million project and it’s going to cost them about $1.2 million. The rest is coming from grants and matching funds. There’s one of the most rural counties in Indiana with less than 9,000 population and they’re going to run fiber to their small communities that’s going to connect all of them.”

As Culp points out, those projects are great for not only rural businesses and agriculture, but also education.