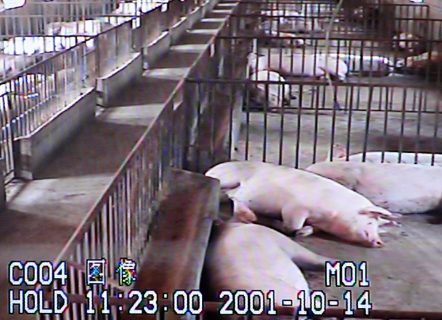 The impact of African Swine Fever continues to spread, and it has even led to the unusual step by the National Pork Producers Council board of directors to cancel this June’s World Pork Expo in Des Moines. The board says the move is due to an abundance of caution as ASF continues to spread in China and other parts of Asia. The Expo at the Iowa State Fairgrounds usually sees 20,000 visitors including some from regions where ASF has been confirmed.

HAT spoke with Arlan Suderman about ASF this week, after Chinese rhetoric claimed there is no longer a problem.

“The Chinese government is saying that the problem is behind them, basically under control, and they’re ready to move forward. Now, our data from China and our people that we have on the ground in China say it’s a much different picture than that,” he said.

Suderman is chief commodities economist with INTL FCStone. We asked him if there is any evidence of improved control over African Swine Fever in China, a question he had posed to his team.

“On Monday morning I talked to our team in Shanghai, and I said do you see any evidence that the government has this problem under control, that the disease is under control? They said no, not at all, and it’s spreading as much as it ever has.”

The South African Ag Ministry has reported an outbreak in their country, and it has also spread from China to other countries.

“Vietnam seems to have gotten African Swine Fever from them and now Cambodia, but what does China do? They’re banning pork coming from Vietnam so they don’t get it, acting as though the problem is not there. What we really see is hog feeding down 40 percent. Piglet prices are jumping, doubling in recent weeks because there’s simply not enough sows because the sow herds, breeding herds have been hit particularly hard with this disease, and our people tell us it’s just a disaster there.”

There is no safety risk to humans or food safety with African Swine Fever. It only affects pigs and there still is no vaccine for treating it.

Des Moines, IA, April 10, 2019 – The National Pork Producers Council’s board of directors today announced its decision to cancel World Pork Expo 2019 out of an abundance of caution as African swine fever (ASF) continues to spread in China and other parts of Asia. World Pork Expo, held each June at the Iowa State Fairgrounds in Des Moines, hosts approximately 20,000 visitors over three days, including individuals and exhibitors from ASF-positive regions.  African swine fever affects only pigs and presents no human health or food safety risks. There is currently no vaccine to treat the swine disease.

“While an evaluation by veterinarians and other third-party experts concluded negligible risk associated with holding the event, we have decided to exercise extreme caution,” said David Herring, NPPC president and a producer from Lillington, North Carolina. “The health of the U.S. swine herd is paramount; the livelihoods of our producers depend on it. Prevention is our only defense against ASF and NPPC will continue to do all it can to prevent its spread to the United States.”

The decision to cancel this year’s World Pork Expo comes as more than 100 U.S pork producers gather in Washington this week to meet with their members of Congress during NPPC’s Legislative Action Conference. To augment the USDA’s efforts to protect the United States from ASF and other animal diseases, U.S. pork producers are asking Congress to appropriate funding for 600 new U.S. Customs and Border Protection agriculture inspectors to further strengthen our defenses against African swine fever.

“Our farmers are highly export dependent,” Herring said. “An ASF outbreak would immediately close our export markets at a time when we are already facing serious trade headwinds. The retaliatory tariffs we currently face in some of our largest export markets due to trade disputes are among the factors that prompted a conservative decision regarding World Pork Expo. U.S. pork producers are already operating in very challenging financial conditions.”

Herring added, “The widespread presence of African swine fever in China’s swine herd, the world’s largest by far, takes the threat of this swine disease to an entirely new level. We ask all producers, travelers and the general public to recognize the heightened risk since the first outbreak was reported in China last year and to heed biosecurity protocols in support of U.S. agriculture.

African swine fever is a viral disease that causes high mortality in domestic and wild pigs. It spreads through close contact with infected animals or their excretions, or through feeding uncooked contaminated meat to susceptible pigs. African swine fever affects only pigs and presents no human health or food safety risks.

Hosted by NPPC since 1987, World Pork Expo is the world’s largest pork industry-specific trade show in the world. It brings together pork producers and other industry professional from around the world for three days of education, innovation and networking.