As the presidential campaign heats up, there will be some candidates who will connect with male voters more than female voters and vice versa. Much will be made of this by those pundits who babble endlessly about such things on the 24 hour cable networks.  But, research indicates that perhaps farmers have a similar issue. It seems that the trustworthiness of farmers is viewed differently by men and women and that this is impacting how these groups view agriculture and food production.

Recent consumer research conducted by the US Farmers and Ranchers Alliance reveals that men and women view farmers and agriculture quite differently. The survey dealt with the issue of sustainability. It found that 56% of all respondents agreed with the statement, “Farmers and ranchers use new technologies and innovations to protect the environment.”  But when asked about their impressions of current farming practices, only  47% of all respondents agreed with the statement, “The way that most of today’s farming and ranching operations in the U.S. grow and raise food meets the standards of sustainability.” The news gets even worse when you break the responses into men and women. The research showed that women are less likely than men to agree that farming and ranching practices are sustainable – 37% of women versus 59% of men respond they are in agreement.

A few other interesting insights from this research. It was conducted on-line and, thus, the respondents tended to be younger and users of social media.  They were also “interested in the human impact of sustainability and how agriculture is focused on the future, versus defining past successes.”  The survey sample consisted of Millennial (18-34 year old) parents; Millennial (18-34 year old) non-parents; Food Connectors; and 150 general Consumers.

In short, American farmers (average age 58 years) are having trouble relating to Millennial females (18-34 years of age). Why is this not a surprise? The folks at USFRA have a few suggestions on how we might do a better job of bridging the age and gender gap. The survey revealed a need to frame stories about sustainability around water, soil, air, and habitat. We tend to stress productivity and the ability to feed the world, but the younger generation wants to know that we are doing this without ruining the environment.  Since this is what the majority of farming operations do every day, it should not be hard to stress.

The research also indicated that telling consumers how we are producing more with less resources and inputs is also something they would like to hear. Since biotechnology is helping us to do this, it a great way to talk about the positive side of using technology.

Given the results of this survey, it seems to me that getting more female farmers involved in telling their stories would be a good thing.  Let’s face it ladies, us old guys ain’t cutting with the young women, and you know why even better than we do. So step up, step out, and share your story as a producer, a wife, and a mother.  Activist groups have targeted young mothers with the message of fear and phony facts.  This is a battleground agriculture needs to address.  Farmers have a sex problem, but it is a problem we have the resources to solve.  Farming today is sustainable; we  need to reach and build trust with the Millennial generation. 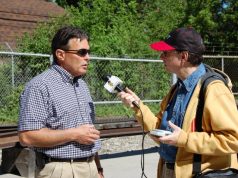 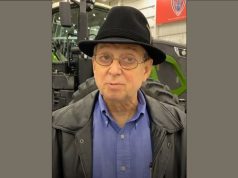