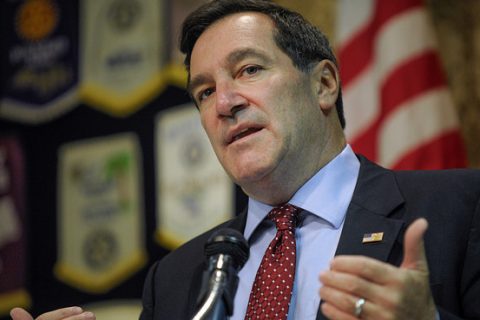 As Hoosier Ag Today reported Wednesday, Kansas Republican and Senate Ag Chairman Pat Roberts said he believes a Farm Bill could reach the Senate floor by the end of April. Indiana Senator, and member of the Senate Ag Committee, Democrat Joe Donnelly believes that timeline is not unreasonable.

“I would agree with Senator Roberts; he’s a good friend of mine. I have traveled around the state from one corner to the other holding farm bill listening sessions. As I told our Hoosier farmers, ‘you are writing this bill.’ They have been incredibly helpful to me in providing information. As a result, I think that the Farm Bill is on schedule. We are looking at continuing to move it along.”

Donnelly says everything has been done in a “completely bipartisan way”; something that can’t be said for the House.

“They seem to struggle in this occasionally. I think the Senate is ready and willing to go, and to do it on a bipartisan basis. And to do it in a way that both the nutrition portions of it and the ag portions of it can really blend together well.”

Senator Donnelly addressed the Supplemental Nutrition Assistance Program, or SNAP, that is currently holding up talks in the House as House Democrats are reportedly opposing any changes to the existing program.

Donnelly also said that rural broadband connectivity and addressing the opioid epidemic are priorities of his for the Farm Bill.

“Broadband is critical to ag’s future and critical to our rural community’s future. And the ending this opioid scourge is not only critical for our communities, but for our families, for our children, and our loved ones as well.”

As Farm Bill talks progress in the Senate, we’ll have to hurry up and wait to see if bipartisan ground can be found in the House.