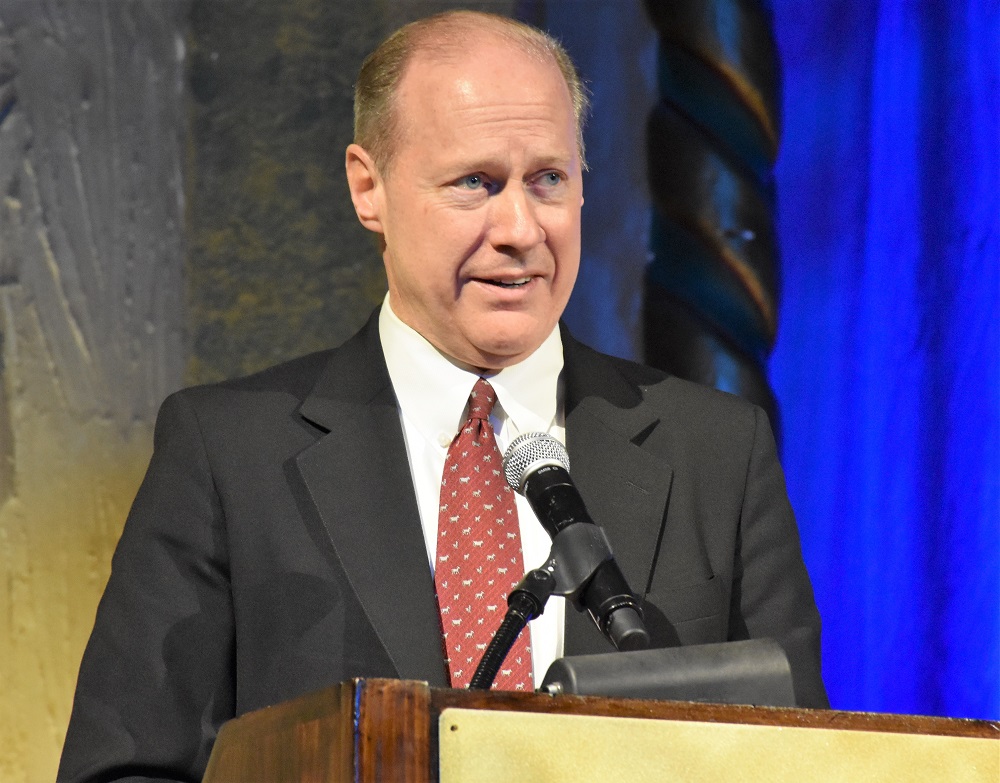 Recently, Dr. Bret Marsh, State Veterinarian at the Indiana Board of Animal Health, and Brian Martin, a Williamsport hog farmer and Indiana Pork Vice President were presented with Indiana Pork’s Meritorious Service Award for the work they have done to advance the pig industry. Now Dr. Marsh has received the National Pork Board’s Distinguished Service Award. It happened Thursday during the National Pork Industry Forum in Kansas City.

Each year, the Distinguished Service Award is presented at the U.S. pork industry’s annual business meeting to recognize an outstanding leader’s lifelong contribution to the pork industry.

“Bret has transformed the way producers work with government officials on regulatory issues,” said David Newman, National Pork Board president and a producer representing Arkansas. “What he was able to do in Indiana, and then transfer to a national level, has not only improved animal health and well-being, but his efforts have elevated the industry’s working relationship with state and federal government agencies.”

Marsh grew up in rural Indiana and earned a degree in animal science from Purdue University. After graduating from Purdue’s veterinarian medicine school, he began his career in regulatory medicine as the director of swine health programs with the Indiana State Board of Animal Health. Marsh has served as the state veterinarian for Indiana since 1994.Dr-Bret-Marsh-after-winning-Indiana-award

As a leader in multiple aspects of the pork industry, key highlights of Marsh’s service include: Co-chairing a working group to address Influenza in exhibition swine, serving on a special detail to the U.S. secretary of agriculture’s Homeland Security staff, serving on the national PEDV Task Force and the National Swine Disease Council and helping to make Indiana one of the first states to implement mandatory premises identification. Marsh has leveraged his key governmental position to effectively serve his office, producers, veterinarians and allied industry.