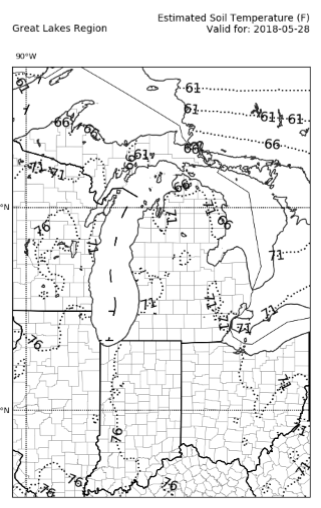 Warm and dry weather brought planting closer to completion but left some areas yearning for rain, according to Greg Matli, Indiana State Statistician for the USDA’s National Agricultural Statistics Service. Below average rainfall and above average temperatures helped dry some fields after the previous week’s scattered precipitation, but caused concern in other already dry areas. The average temperature for the week was 72.4 degrees, 7.9 degrees above normal for the state. The amounts of rainfall recorded at weather stations varied from 0.00 inches to 1.71 inches over the week. The statewide average for precipitation was 0.43 inches, or 38 percent of normal. There were 6.0 days available for fieldwork for the week ending May 27.

Planting progress moved forward last week, with corn planting just about wrapping up and soybeans well ahead of the five-year average. Winter wheat progress has caught up with the five-year average but is reported to be shorter than normal in some parts of the state. The warm, dry weather allowed farmers to make significant progress in cutting and baling hay. Pasture conditions were reported to be negatively impacted by the unusually dry weather. The heat put some stress on livestock, but dried up previously muddy feedlot conditions. Other activities for the week included side-dressing nitrogen, applying herbicide, tillage, tiling, and hauling grain. 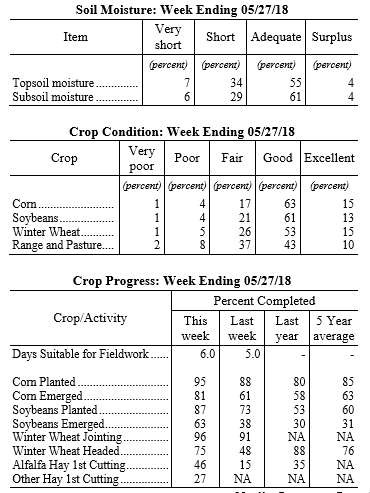 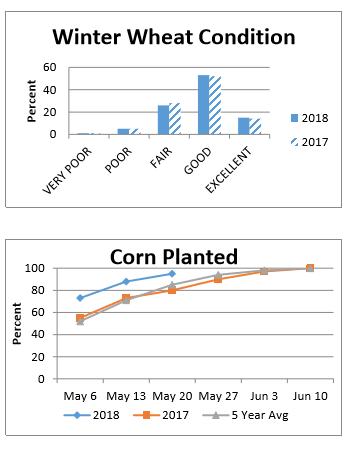