Corn and soybean harvest were in full swing after a week of dry weather, according to the USDA, NASS, Great Lakes Region. Although some parts of the state received more than 3 inches the previous week, the ground had dried enough to allow combines to come out on Monday and work almost non-stop. Temperatures last week were generally in the upper 70s with sunny skies, making field conditions ideal for drying down crops. There were 6.6 days suitable for fieldwork, 0.8 days greater than last week. Corn harvesting is 18 complete in Indiana and soybean harvesting is 23% done.

Last week’s dry hot weather caused crops to mature and dry at a fast pace. Many farmers took advantage of the long stretch of nicer weather to begin or continue harvesting. Soybean yields were reported at both ends of the spectrum. Some farmers reported soybean yields to be better than anticipated, but on average still below normal. Corn yields were also reported as lower than normal. Corn harvest for silage continued. There were reports of high variability in corn moisture content, with some producers reporting moisture well above 20 percent. Some winter wheat, as well as some cover crops, were seeded in recently harvested fields. Livestock were reported to be in good shape. 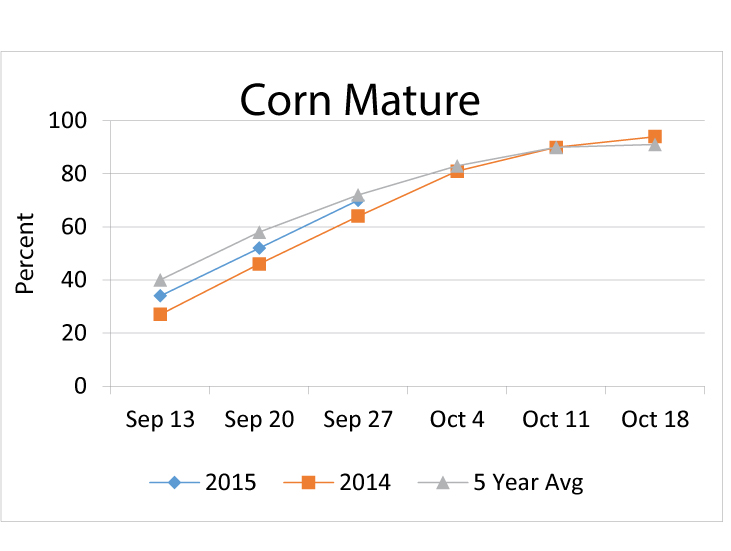 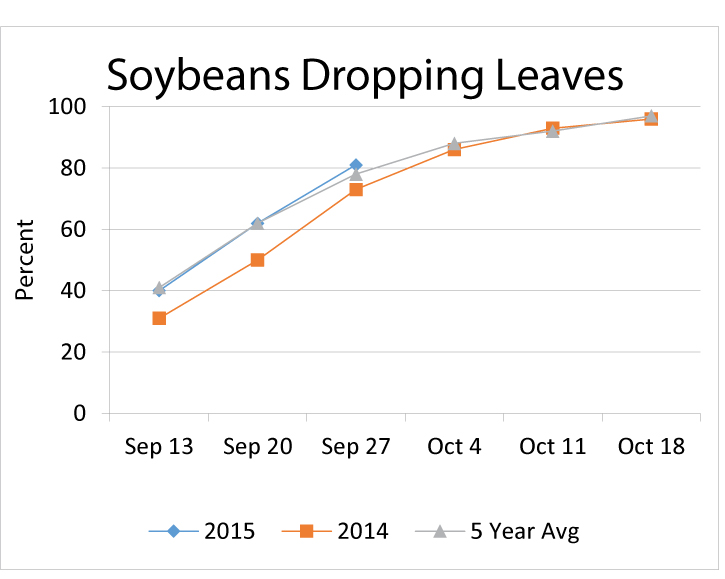