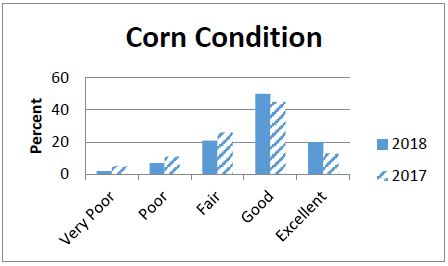 Harvest was back in full swing last week thanks to the dry and cool weather throughout most of the state, according to Greg Matli, State Statistician, USDA NASS, Indiana Field Office. Below average temperatures brought reports of frost in the northern part of the state, with some areas reporting the first snowfall of the season as well. 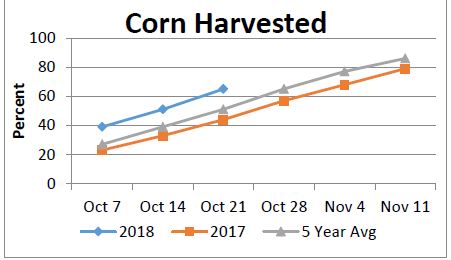 The average temperature for the week was 44.7 degrees, 7.8 degrees below normal for the State. The amount of rainfall varied from 0.02 to 0.95 inches during the week. The statewide average precipitation was 0.20 inches. There were 5.2 days available for fieldwork for the week ending October 21. 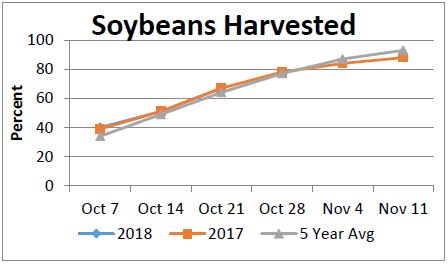 Growers were able to make significant progress on corn and soybean harvests as fields dried out. High winds in the north and central parts of the state resulted in reports of corn damage in some fields. Livestock were reported in good condition, aided by continued pasture growth, particularly in the central and southern parts of the state. Winter wheat planting remained slightly ahead of schedule compared to previous years. Other activities for the week included fall tillage, hauling grain, and planting cover crops.