Early Planting Doesn’t Appear to be an Option for 2018 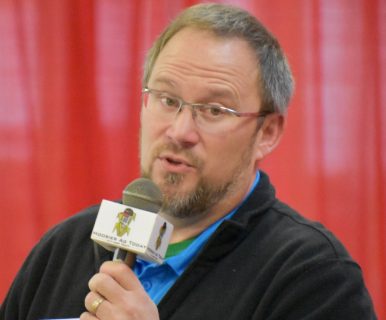 Spring is here which means baseball season, and planting season, are rapidly approaching. March and April weather can make spring planting relatively painless or it can make things much more challenging. Hoosier Ag Today Chief Meteorologist Ryan Martin says the Midwest is currently in a cooler-than-normal weather pattern that will likely be around through the end of March and early planting does not appear to be an option.

“We’re not looking at an exceptional push of warm air at all over the course of the next 2 to 3 weeks. As a matter of fact, I would call the next month near normal with regard to temperatures. This week we’re still looking at below normal temperatures right on through the weekend, so we’re not going to be seeing big time pushes in soil temperatures even at the 1-2 inch level, let alone down at the 4 inch level. What about precipitation? I’ve got enough of that in the next 10 days to 2 weeks to say that we’re probably not going to be seeing very good pushes of planting.”

Martin believes that 2018 will be different than the past couple of years.

“My gut feeling is for 2018, we’re not to be looking at quite as much moisture moving across the Eastern Cornbelt to start the year. If you recall, the last 2 years we’ve seen way too much water coming through the Wabash Valley and through the Eastern Cornbelt, in general. It’s caused problems. Spring planting-wise for April and May, I still think we’re going to be normal to slightly below on our moisture.”

Martin reiterates that early planting is not something to look at this year, especially since the crop insurance planting date is still weeks away yet.