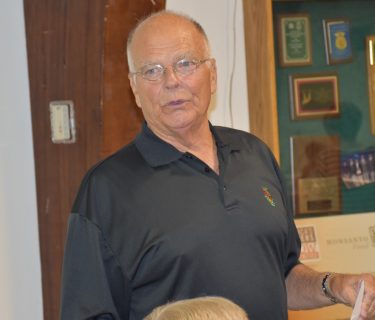 “It was very similar to the planting seasons I remember as a child,” he explained. “We’d get to the end of April and the weather would turn nice and in two or three weeks the crop would be planted. After last year’s nightmare of replant, replant, replant, what a joy this season was. And it’s been a pretty good season as far as rainfall. We didn’t have any real extended periods of dry, and quite honestly, it’s a little scary how good the crop looks at this point.”

Daniel Call, general manager with Seed Consultants, told HAT the fact that farmers are happy with the crop now goes all the way back to planting time.

“It’s a tale of two worlds from 2017 to 2018. This year our replant in the state of Indiana was less than 1 ½ percent. If you compare that to 2017 and especially in eastern Indiana, we had a lot of areas that were 20-35 percent replant. So, the start of the season, I think most of the folks here that talked about the spring, said May was probably as good of a May as they’ve ever had for planting. A lot of folks started and finished planting with no rain. Matter of fact they were looking for some rains in there, but with that we had uniform emergence, we had even stands, and we didn’t lose any areas to water.”

Call says when you add good moisture during the grain fill period and favorable temperatures, yield results could be as good as or even better than what farmers anticipate.