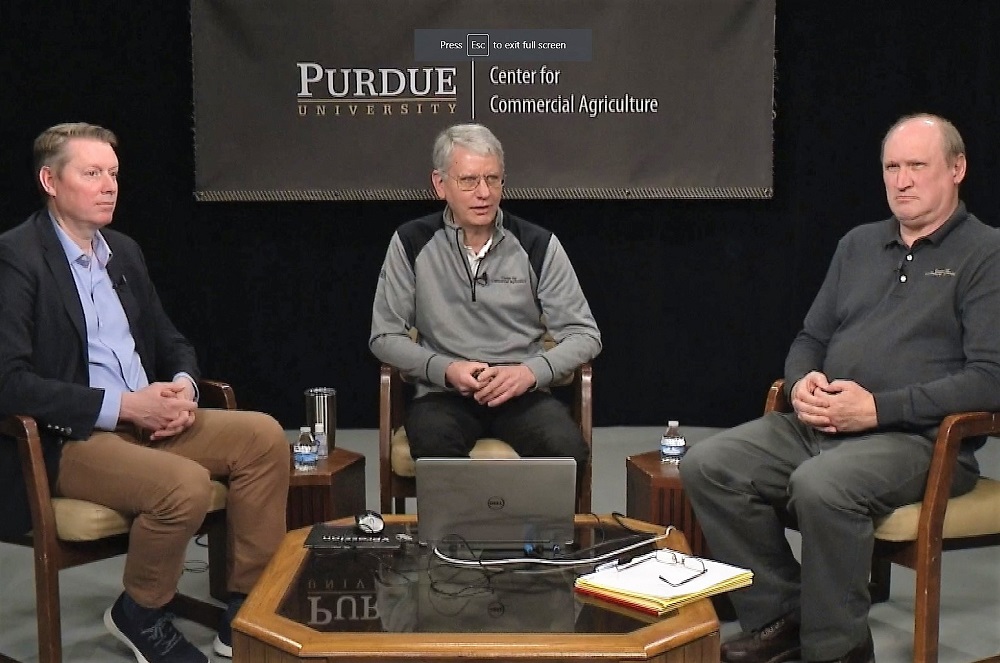 So what is COVID-19’s impact on food and agriculture in the U.S.? It is a very disrupting force as Purdue ag economists Jayson Lusk, Michael Langemeier and Jim Mintert cover in their newest webinar, and the financial pressure on producers is enormous.

The current shock to our economy is affecting all farmers, including livestock producers. Lusk, the department head for Agricultural Economics at Purdue University, says it’s very frustrating to those producers.

“They see this margin increasing as prices consumers are paying goes up because there’s not as much meat on the market, but also prices farmers are facing are falling because there’s not as much demand at the packing level,” Lusk explains. “So, I think the problems for producers are pretty darn acute. We have a well-designed system to move those animals through the process, until it doesn’t work, and then it starts putting on an enormous strain on the system.”

“Corn that gets exported, soybean meal that gets exported, to some extent soybeans that get exported, are really all about providing more meat to consumers around the world,” he said. “As incomes weaken because of employment issues and related issues to that, it suggests a weak meat demand environment, not just in the U.S. but worldwide and that could be reflected in some softer export values for both corn and soybeans. And we’re looking at the possibility of a huge carryover from the 2020 crop into the 2021 marketing year.”

Not a lot of good news coming from Purdue in this new webinar, but producers already have a good feel for that.