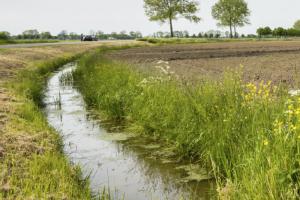 Shortly after his inauguration, President Trump signed an executive order to review and rescind or revise the 2015 Waters of the U.S., or WOTUS rule.

At a press conference on Thursday, EPA Administrator Andrew Wheeler made the announcement to repeal WOTUS alongside Army Assistant Secretary for the Army for Civil Works R.D. James.

Wheeler said this repeal is the first of a two-step process to define the scope of waters of the U.S. that are regulated under the Clean Water Act.

Since the rule was put into place in 2015, its definition has changed over time. The rule is currently in effect in 22 states and Washington D.C., while the regulations issued in the 1980s are still in effect in the rest of the country.

Indiana is one of those states working off of the 1980s rule. Indiana Farm Bureau’s Justin Schneider said, “So, this announcement today, the real effect for us is that this is the end, nationally, to this rule change from 2015. So, EPA has finished the first step in they can now move on to rewriting a rule that provides clarity and certainty that everyone needs.” 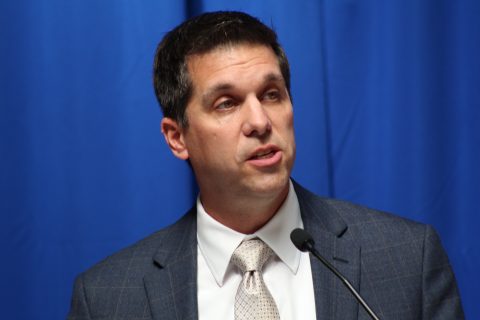 And what should be in the new rule?

“I think you’ve seen a lot of stakeholders come forward and provide valuable insight over the last several years into what should be in the rule. No one is saying we shouldn’t have a rule. We should just have a rule that works for people, that’s clear so you know when you’re in and when you’re not, and that the conditions are there that respect what Congress put in the Clean Water Act with respect to the authority of EPA and what should be regulated by the states.”

Schneider says his biggest concern with the previous rule was that it is so difficult to have an overarching standard for something that is so site-specific from farm to farm.

“Going back to the drawing board will give us the opportunity to look at the types of practices we do in Indiana, the way we have been able to see a lot of success in implementing conservation practices. There are a lot of efforts underway through the Ag Nutrient Alliance and with all our partner organizations to try to ensure that every farmer is getting the message about the things they can and need to be doing, and this is an opportunity for us to continue to push that as a solution in this state.”

Last winter, the EPA and Army issued a new proposed definition to identify where federal jurisdiction begins and ends. The second and final step of the process is the proposed, revised definition of WOTUS.

“Our revised and more precise definition would mean that farmers, property owners, and businesses will spend less time and money determining whether they need a federal permit and more time upgrading infrastructure,” said Wheeler.

Rep. Sam Graves (R-Mo.), who serves as the ranking member of the Committee on Transportation and Infrastructure, was also in attendance. As a farmer, he said farmers knew what it would do to their rights.

“WOTUS was not about clean water,” he said. “It was about a blatant overreach of the federal government to take away personal property rights as it pertained to farmers and landowners.”

In a statement, USDA secretary Sonny Perdue said the decision was “a major win for American agriculture.” Wheeler said the plan is to finalize the revised definition this winter.