On Wednesday, the Environmental Protection Agency increased the level of ethanol that can be blended into gasoline to the levels mandated by the Renewable Fuel Standard. Under the rule, total renewable fuel volumes grow 1.2 billion gallons from 2016 to 2017, a 6 percent increase. EPA has increased conventional renewable fuel volumes for 2017, to 15 billion-gallons. They also increased the level of cellulosic ethanol that can be blended.

Renewable Fuels Association President and CEO Bob Dinneen said this will send a strong signal about the future of the industry, “This will send a clear signal to investors that the administration will stand behind the RFS which will encourage investment in new technology and new infrastructure.”

Brian Jennings, the executive vice president of the American Coalition for Ethanol (ACE), said, “For the last couple of years, EPA has unfortunately sided with oil companies and refiners instead of rural voters to ‘ride the brakes’ on RFS blending volumes, relying on excuses such as the make-believe E10 ‘blend wall’ and lower gasoline use to reduce renewable fuel use below statutory levels. But we are supportive of the move to increase volumes for 2017 without a ‘blend wall’ excuse.” 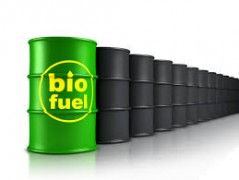 On Wednesday, the soy oil market went limit up for a time. Tom Fritz, with EFG group in Chicago, said the demand for soy oil and for soybeans will increase as a result of the new limits.