A White House announcement on a new plan for the Renewable Fuels Standard was expected earlier this week, but Reuters is reporting that the deal is dead.

The president had brokered a deal to allow E15 sales year-round, but also to drive down the cost of ethanol credits to oil refiners called ‘RINs’ by attaching them to exports. Iowa Republican Joni Ernst spoke at the Platts Energy Podium in Washington, D.C. 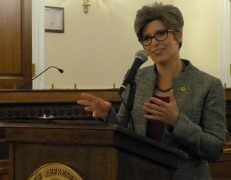 “We don’t see that as a win-win. We see that as undermining domestic consumption of ethanol, and we do think that we will see some sort of trade push back from other countries and cases brought against the United States.”

In addition to applauding the president on Twitter for rejecting the deal, Ernst also thanked Ag Secretary Sonny Perdue, who she says has been a steady influence in President Trump’s Cabinet. She referred back to a May 8 White House meeting when Trump gave the directive to make the deal happen. 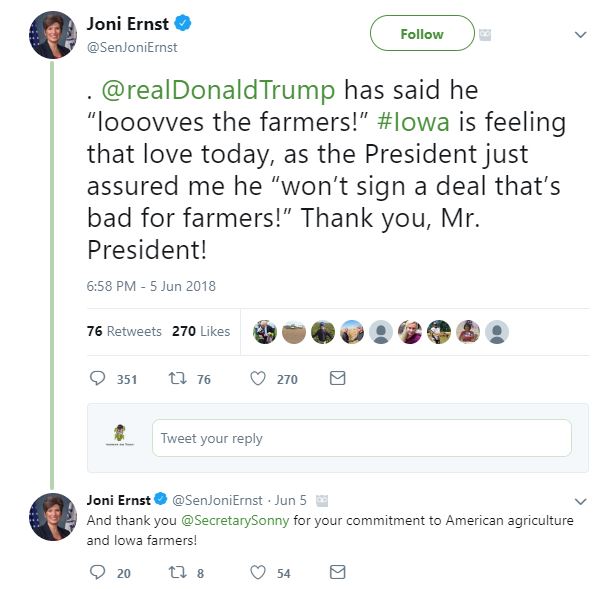 EPA Administrator Scott Pruitt was tasked with working out the deal with Perdue. Pruitt has been under fire for not following through on the president’s promises to farmers to uphold the RFS by issuing hardship waivers to oil refiners, including billionaire Carl Icahn. Ernst says he put it in writing that he intended to uphold the congressional intent of the RFS, which includes a 15 billion gallon minimum of ethanol production.

“He also put into writing that the scheme to attach ‘RINs’ to export ethanol would stop. And that’s a lie because now that’s exactly what he has proposed.”

“I will remain highly critical of Administrator Pruitt because not only do we disagree on the RFS, but there are a number of other transgressions that we have seen coming out of that office directly tied to Administrator Pruitt and the way he spends money, the way he misuses, basically, his office. My words, nobody else’s, but he is about as swampy as you get here in Washington D.C., and if the president wants to drain the swamp he needs to take a look at his own cabinet.”

With the deal dead, E15 year-round sales are still prohibited. But Ernst says that allowing ‘RINs’ to be attached to exports would have negated the profits of year-round E15.