Stocks of ethanol were 22.3 million barrels. That is 0.9% decrease from last week. There were zero imports recorded for the sixth week in a row.

Expressed as a percentage of daily gasoline demand, daily ethanol production dropped to 10.09%–the lowest rate since the week ended July 1, 2016. 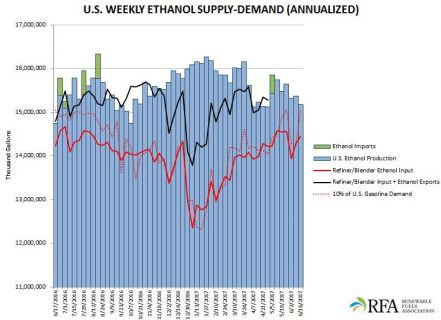