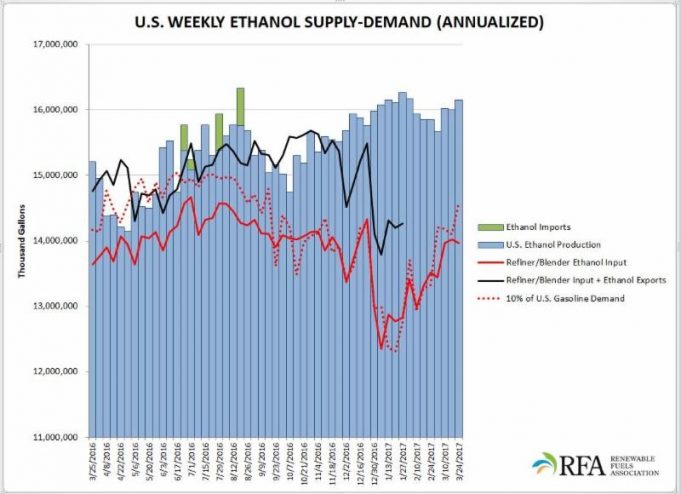 Stocks of ethanol increased 3.1% from last week to 23.3 million barrels, tying the record high experienced in early March 2016.
Imports of ethanol were nonexistent for the 30th straight week.