Two new farmers have started their work on the Indiana Corn Growers Association (ICGA) board this year. They are Tyler Everett of Lebanon, Ind., and Tom Murphy of Chesterton, Ind. 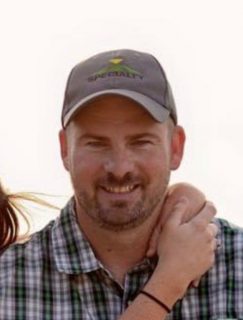 Murphy was elected to represent District 1 in the northwest corner of Indiana last year. Murphy replaces Mike McIntire, who served on the board for the past six years. Murphy and his wife, Lori, grow corn and soybeans in Porter and Lake counties. He has been a full-time farmer since 1999.

“We are a modern, row-crop farm,” Murphy explained. “We utilize technology and research to obtain the highest possible yields.”

In fact, Murphy has participated in the National Corn Yield Contest in an attempt to test that research. Besides ICGA, Murphy has also been a part of the Porter County Farm Bureau.

He is looking forward to working with farmers through his service on the ICGA board. “I hope to improve agriculture and farm businesses through education and better legislation.” 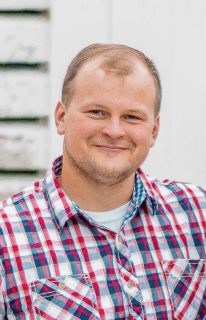 Everett succeeds another Lebanon, Ind., farmer, George Morton, as the District 7 representative on the board. Everett works on his farm along with his father, Doug, and grandfather, Aaron. Together they raise corn, soybeans and wheat. Everett said he handles most of the repairs and maintenance, trucking and seed handling.

The farm that he and his wife, Brittney, live on is in both Boone and Hendricks counties. Everett is a full-time farmer, but he is also a Beck’s Hybrids seed dealer and a volunteer and paid fireman. He also is a substitute school bus driver. He earned an Associates of Applied Sciences from Lake Land College in 2011 through their John Deere Ag Tech Program.

“I hope to be able to bridge the gap from the corn growers who have served in the past to the new group of minds coming into ICGA for future years to come,” Everett said. “I hope to share the member’s wealth of knowledge with those coming up.”

The ICGA election process has begun again, and candidate applications for this year’s election are due by Friday, March 5. Ballots will be mailed to ICGA members over the summer. Winners will begin a three-year term in December. To learn more about this year’s election, find a district map or download an application, visit www.incorn.org/ICGAelections.