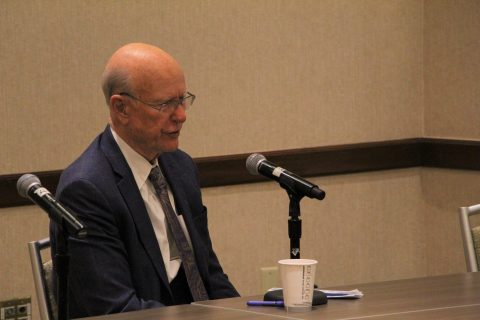 Former Congressman Collin Peterson, a Democrat from Minnesota, and former Senator and Congressman Pat Roberts, a Republican from Kansas, spoke to farm broadcasters Friday about some of the obstacles the next Farm Bill in 2023 will face politically. Peterson says the biggest factor in the next Farm Bill is who will control Congress in 2023.

Whoever is in control, Peterson believes it will be very difficult to get a Farm Bill passed. Roberts agrees, saying the traditionally bipartisan Ag Committees are fractured.

“We’ve got to quit this business of being in such sad shape that the Ranking Member and the Chairperson are not even talking with regards to the Senate. I think probably the Senate will be a lot closer politically. I think the Republicans are getting ahead of themselves by saying, ‘We’re going to have a sweep,’ simply because of Virginia and New Jersey and what happened there. But clearly, I think this administration has made some mistakes, and it’s like Garfield and the hole, you know, quit digging. But I think they’re going to keep coming with a very ideological agenda that is counter to what most people think, especially out in farm country.”

Roberts says the key is whether or not the Senate keeps the 60-vote margin. He hopes they do, saying if it moves to 51, it will be “trench warfare”.