Environmental groups attacked Perdue as a career politician, agribusiness CEO, and climate-change denier. But the nomination of Perdue to be the 31st USDA secretary, came as a relief to farm interests.

Perdue has southern versus Midwestern roots, but Young is not concerned.

“You know he’s a down in the dirt farmer who has grown crops as well, and I think he’s going to be a very good partner for agriculture as we go forward. Someone who’s been there done that kind of thing. In the past we’ve had folks who have had a great affinity for agriculture but not necessarily having lived it. Governor Perdue has absolutely lived it.”

“The first conservationists are farmers. They have to live on that land and drink that water, and so they’re going to be the first up to make sure that they’re doing the right things, or doing what the best science of the day is telling them to do.”

Perdue is a veterinarian and CEO of Perdue Partners, a global ag trading firm. Senate Agriculture Committee Chair Pat Roberts promises a “thorough” confirmation hearing. The hearing date has not yet been scheduled. 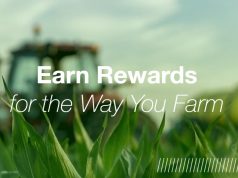