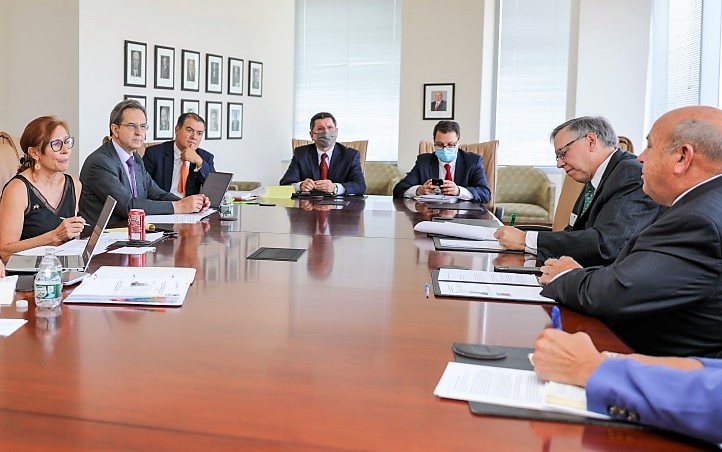 The demand by the American Farm Bureau and state farm bureaus that the Biden Administration secure the southern border is not a precondition for backing migrant farm labor reform, even as others say it should be.

“Labor continues to be the biggest limiting factor we have in American agriculture. We have young people that want to come to agriculture, but on the way to do that, is to be able to expand our farms, bring them in, whether they’re relatives and children, or whether they’re just a fine young man that wants to get into agriculture, how do you bring them in and help them get started without expanding your operation? You can’t. And you can’t expand your operation without having a reliable source of labor.”

But how can you reform H-2A if it’s tangled up in the bigger political quagmire of border security.

“I don’t know that I can answer that question, because nobody’s been able to answer it for the last 30 years.”

Duval says there does need to be a discussion because the problem is not going away.

“And yes, we do support some type of adjustment of status of the current workforces here that’s undocumented. These people have been here, in some cases, 10, 15, 20 years. They’re good, hard-working families, and a lot of them, part of our families and definitely part of our communities. And shame on us if we leave them standing in the dark and scared to drive to town.”

Duval says any reform needs to be year-round, flexible for all-size producers, and affordable. Duval doesn’t know if the politics will get out of the way, but after the pandemic’s empty shelves, he argues people need to realize food itself is a national security issue.