Historically, if two rural landowners wanted to build a fence between their properties (a “partition fence”), they would meet in the middle of their proposed fence row, and while looking at each other, each agree to build to their right.  This century-old statute, known as the “Partition Fence Law,” was a way to distribute the cost of partition fences equally between landowners.  Recently, this law was challenged in the Indiana Court of Appeals.

In Belork v. Latimer, the Indiana Court of Appeals ruled the Indiana Partition Fence Law (Indiana Code §32-26-9) requires adjacent landowners to share the burden of building partition fences, as long as at least one property is agricultural land located outside town or city limits, regardless of whether both property owners benefit from or use the fence. The Court relied, in part, on an amicus brief filed by the Indiana Agricultural Law Foundation, Inc. (IALF) explaining the history, use, and interpretation of the Law.

John Belork raises cattle in Starke County, Indiana. His neighbors are grain farmers. Belork rebuilt half of the fences along the property boundaries between his land and his neighbors’ property. Belork asked his neighbors to complete the fences pursuant to the Partition Fence Law. They declined and the local trustee refused to require them to contribute to the fences.. Belork appealed to the local trial court. He presented evidence at a bench trial showing he raised cattle and his neighbors grew grain on their land. There was evidence Belork’s cattle occasionally escaped and caused damage to his neighbors’ fields. The neighbors moved for a judgment on the evidence. The trial court granted the motion, ruling the grain farmers did not use or benefit from the fences, and so were not required to contribute to building the fences. Belork appealed.

The Court of Appeals initially denied the appeal. Belork petitioned the Court for a rehearing, and the Court agreed to let IALF file anamicus curiae (“friend of the court”) brief in support of Belork’s petition. The IALF’s brief explained the legislative and judicial history of the Partition Fence Law.

Partition fences are governed primarily by Ind. Code §§ 32-26-9 and Ind. Code §§ 32-26-2. The Partition Fence Law requires any landowner outside city limits to build a partition fence to separate his land from the adjoining landowner when at least one of the properties is agricultural land. Agricultural land is defined as land that is (1) zoned agricultural land; (2) used for growing crops or raising livestock; or (3) reserved for conservation. The law requires each landowner to build and maintain the right half of each fence as a person looks at the fence from that landowner’s property.

One judge dissented from the majority opinion, believing that the majority gave too much weight to the IALF’s brief and should have relied more on arguments presented by the parties.

Belork’s neighbors now have a right to appeal to the Indiana Supreme Court. 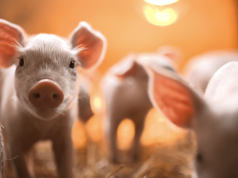 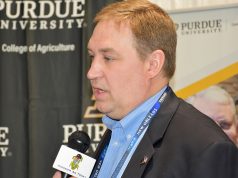 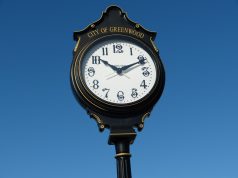