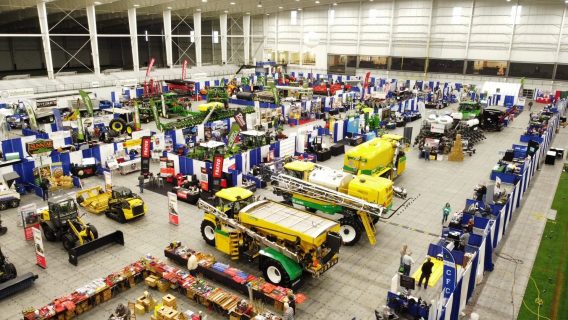 The Indiana Farm Equipment and Technology Expo, which concluded a 3-day run last Thursday, attracted an estimated 6,000 attendees. The new location of the show and the new revamped layout were praised by both attendees and exhibitors.  The Grand Park Campus in Westfield, IN provided a well-lighted, spacious venue that showcased the large equipment well and allowed for easy access and a pleasant atmosphere for those walking the show.

Many of the more than 140 exhibitors indicated that they intended to be back for the 2022 show; several were asking for a larger area to bring additional equipment. The 2021 show sold all of the available exhibit space prompting considerations for expanding the show floor in the near future.

A survey of attendees praised the new location and indicated that they planned to return in 2022. The show drew from several states including Illinois and Ohio as well as from locations all over Indiana.