The Indiana Farm Equipment and Technology Expo announced that it will return to Grand Park in Westfield, Indiana from December 13 – 15, 2022.  The three day Expo features a showcase of the latest agricultural technology as well as one of the largest displays of farm equipment in the Eastern Corn Belt. Exhibitor reservations are now open, and contracts can be obtained at indianafarmexpo.com

The Expo moved to Grand Park in 2021 after a 43 year run at the State Fairgrounds in Indianapolis.  The new location and venue received rave reviews by exhibitors and by the more than 6000 farmers that attended the show last year. Several new features and services are being planned for the 2022 event.

Several new services have been added to make exhibiting at the Expo easy and convenient.

In 2021, all available exhibit space was used, and several interested exhibitors were turned away.  With even more and larger equipment expected for the 2022 show, those interested in exhibiting should make commitments early.

A promotional video highlighting the Expo and the Grand Park facility can be found below:

About the Indiana Farm Equipment and Technology Expo:

The Indiana Farm Equipment and Technology Expo is the joint venture of the two largest, agricultural media organizations in Indiana: Hoosier Ag Today and Farm World Newspaper. In 2018, the two organizations formed Midwest Ag Events, LLC and purchased the Indiana-Illinois Farm Equipment and Outdoor Power Show from Richard Sherman, who had owned and operated the show for 40 years. The show’s name was changed and its focus expanded to encompass new developments in technology that impact production agriculture. With expanding show attendance and the increasing size of farm equipment, the Expo decided to relocate to the Grand Park Sports Campus in Westfield, Indiana. The Expo is held in December each year after farmers have completed their production season and as they begin to plan for the next year. More than just a trade show, the Expo features a free seminar series with informational programs covering top issues and also new trends and developments in agriculture. There is no charge for the three-day event. More information can be found at indianafarmexpo.com. 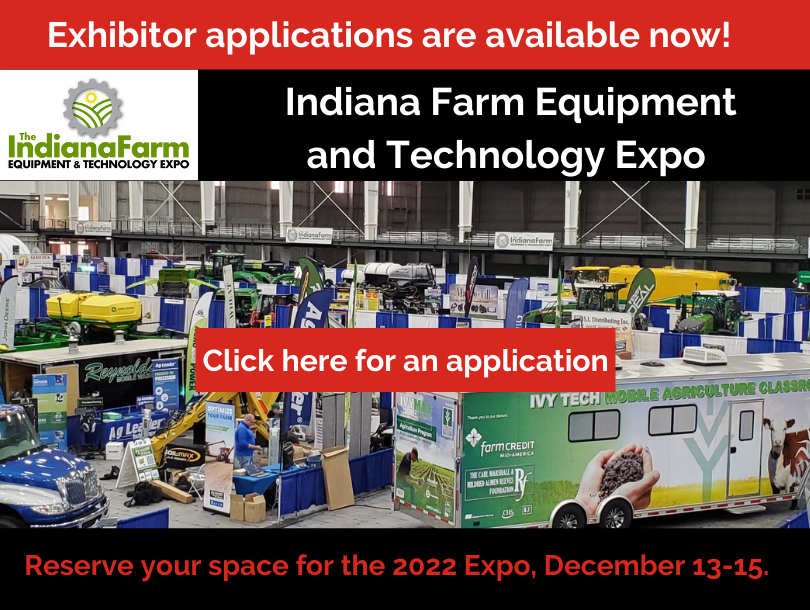