Farmers are 60% more likely to commit suicide than the general public. That is why today has been designated as suicide prevention day as part of Farm Safety Week.  While suicide rates have not improved, there have been changes that offer hope for the future.

Farmer suicides were a major issue in the recession of the 1980s. They remain a serious problem during the current ag economy recession, but attitudes and awareness have changed. According to Dr. Michael Rosmann, farmer and psychologist at the University of Iowa, “Farm people have a much better understanding of stress, what factors cause stress on farmers, and what are the symptoms of stress. They are also more willing to talk about these issues more openly than they did in the 1980’s.” 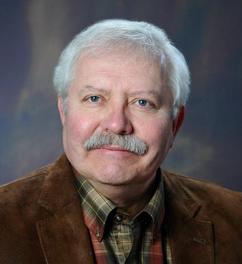 Rosmann says, in addition to financial stress, farmers today are dealing with increased uncertainty caused by trade disruptions, regulations, and climate shifts, “The amount of stress we see today is probably going to continue. As far as we know both threats to agriculture and uncertainty about trade, the markets, and climate shifts will continue to pose challenges to farmers who must make decisions about the future without knowing all the facts.” He added most farmers can handle two major stress factors but, when a third stress factor is added, real problems develop.

The Farm Bill contained funding for the establishment of regional farm stress centers around the country to help local communities develop programs to help farmers deal with stress. “The development of a national network to deal with farmers’ ability to deal with stress and psychological problems will help farmers better cope with stress,” Rosmann believes. Many agribusinesses, including Bayer and Farm Credit Mid-America, have programs to identify customers who might be at risk for suicide or other behavioral issues.

Rosmann says, however, that it is farmers themselves that can be the most effective tool in the fight against stress and suicide by simply opening up and discussing their problems. “I do see more openness among farmers to open up and share their personal dilemmas,” he stated. “I think this shows the real strength of farmers to admit they need help.” He noted that mobile phones have been a big help in allowing farmers to reach out to others.

Rosmann was the keynote speaker at the Healing the Heartland symposium sponsored by The Indiana AgriInsittute. At that meeting, a group of three, Indiana farmers openly shared their personal stories about financial trouble and, in some cases, the loss of their operation. Rosmann is less than optimistic about any significant improvement in farmers’ suicide rates due, in part, to the continuing recession in the farm economy and the lack of mental health services in most rural areas.