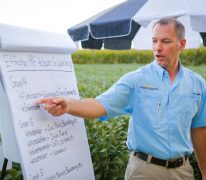 What is the future of dicamba after a first-year rollout and drift damage that followed? University of Missouri weed scientist, Dr. Kevin Bradley says there’s never been a problem like this in U.S. agriculture and the damage done this past growing season was significant.

“I think that we all recognize that there’s way more that actually happens that isn’t turned in to the departments of agriculture, and so we felt like we wanted to capture that,” Bradley said. “Somewhere around 3.5-3.6 million acres is what the damage totals in 2017.”

While physical drift of the product itself has been a problem, improper tank cleaning has also been found to be an issue. It doesn’t take much leftover dicamba in the tank to do crop damage.

Temperature inversions with a volatile product can cause drift, and Bradley says there shouldn’t be any more night time spraying of dicamba, which is part of the new label requirements.

Jay Magnussen is a farmer and full-time agronomist in northwest Iowa. He says dicamba is not an easy product to use correctly. As an agronomist, he doesn’t want to spend time next summer walking through damaged fields. One way to move forward in the dicamba debate is communication between farmers. 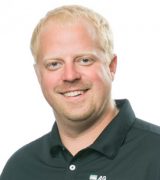 It’s important for applicators to remember the new dicamba herbicide label requirements include training before the next spraying season begins.