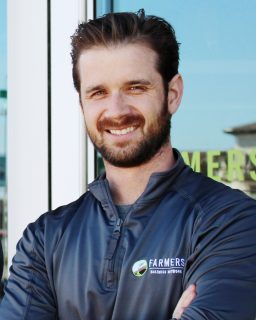 “We help our farmers save money, and that is something the industry does not do. They do not point you to the lowest cost offerings; they do not make recommendations on products they do not sell.”

FBN achieves transparency by collecting massive amounts of data and using algorithms, artificial intelligence, and machine learning and have been able to bring price and performance data the marketplace.

“The seed industry is a $10 billion industry; you cannot find prices on-line,” Baron stated. “That fundamentally causes farmers to pay too much money. The lack of transparency is a basic unfairness.”

He cited examples of how some Iowa farmers were paying twice as much for their seed as others in the state because of the practice of zone pricing.

Major seed and chemical manufacturers have responded by refusing to sell their products and new technology to FBN. This forces FBN to work primarily with generic products, although in recent years FBN has started producing their own seed brand. In September 2019, FBN invested in purchasing other, smaller genetic and research companies to expand their offerings. These companies include: CRD Advisors, Pegasus Acquisition Subsidiary, Phoenix Genetics, and R. Foley Services.

The war of words and accusations has escalated as FBN has grown. Currently, FBN has over 15,000 farmer members and data on over 45 million acres of farmland. Critics have accused FBN of selling that data. Baron says the data that farmers share with FBN is safe, saying, “We do not sell a farmer’s data.”

Originally, farmers had to pay $700 to belong to FBN, but this summer the membership fee was dropped. The company has expanded into Canada and Australia and is now offering a wide variety of other products including grain marketing and even health insurance.

Similar services are beginning to spring up in the marketplace. Ag retailers and manufacturers are adjusting and reacting to this truly disruptive technology.