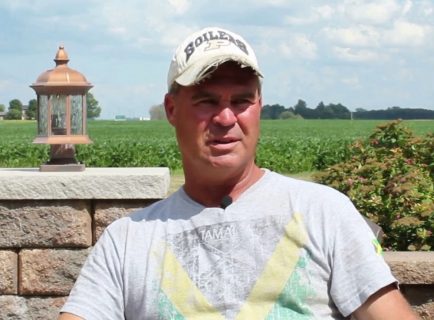 There are wind farms in some communities in Indiana, and other communities that don’t allow them. Proposed wind projects are often controversial and that is the case in Clinton County where the company E.ON is now taking the step of a community event to discuss health, sound, environmental, and economic impacts that their wind operation would bring to the area.

E.ON says they have over 300 family farmers and landowners that support wind energy in the county, and farmer Tim Wyrick from near Michigantown is one of those. He says in tough times for farmers, wind turbines on his land will augment income. But the county benefits too.

He added, “There’s multiple benefits. It goes to the school, it goes to capital expense outlay for the roads, it goes to further help our county as far as what we’re going to generate per month.”

“I believe safety has gotten much, much, much better. The technology behind them is tremendous today compared to what it was even five years ago.”

E.ON says it is a $250 million investment in Clinton County for anywhere from 35 to 52 wind turbines, enough to power 50,000 Indiana homes. They say the economic benefit includes $30 million for the county and $25 million to landowners over 30 years. The effort to educate the community helps sway Clinton County Commissioners who placed a moratorium on such projects in early 2017.

The Clinton Wind Open House for those only mildly supportive of wind energy in their county, or still uncertain about the project, is Thursday September 12, from 5-9 p.m. at the Clinton County Fairgrounds. They’re offering not just information presentations, but a chance for one on one discussions with company representatives and outside consultants. There is also a free BBQ dinner. Details are at www.clintonwind.com.