Farmers Upbeat in Orlando, Concerns Piling Up Back at the Farm 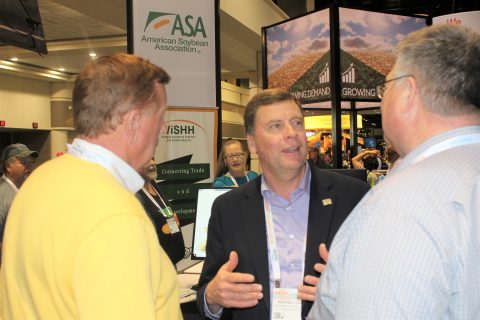 Farmers here in Orlando are pretty upbeat. Of course they are! It’s sunny and 80 degrees here as opposed to frigid temperatures, rain, and snow back in the Midwest. But American Soybean Association Director and Rensselaer farmer Kendell Culp says once they get back to the farm there is plenty on their mind.

“The news out of Washington is not exactly what we were hoping for. Delays in the China tariff discussion, delays in some of the other agreements with the other countries that our negotiators are working on. So, we know those things take time, but there just hasn’t been the progress or that new information that’s come about that we would expect that we would see a bounce in the markets from. We just haven’t seen that.”

Culp said patience is beginning to run thin with the administration with those delays. In addition to that, this time of year brings some other concerns.

“It’s time for farmers to, for one thing, be paying taxes. So, that’s always a drain, and then the other thing is, of course, we’re going to be working with our lenders. That process is for started for most folks on operating loans, and I think those are going to be some tough conversations and a lot of cases with the lender and the farmer trying to figure out if they can finance them for another year with the outlook not being very good for commodity prices.

Culp added that a lot of good things happened for agriculture in 2018 from a policy standpoint, including the passage of the farm bill, but all of the good has been clouded by these trade issues.

“We want to be optimistic and for the most part we are optimistic, but we’re also realists.”